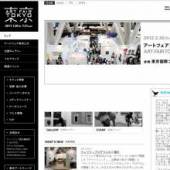 Since the appointment of Takahiro Kaneshima as Executive Director of ART FAIR TOKYO on June 1, 2010, the ART FAIR TOKYO Committee has been going through a process of restructuring with renewed focus being given to Tokyo’s role as a city within Asia.
The PROJECTS Artistic Committee, which consists of four collectors and arts professionals from Japan and other countries in East Asia, was established in order to strengthen the fair’s foundation in its region. The creation of this committee represents the first attempt to make a fair in Asia that really represents Asia as a whole. We expect that it will enhance the fair’s appeal to the global market significantly.
Meanwhile, at the conclusion of ART FAIR TOKYO 2010, Atsuko Koyanagi (GALLERY KOYANAGI) and Shugo Satani (ShugoArts) stepped down as members of the fair’s Art Committee, in which they had served tirelessly since the fair’s first edition. Their positions as gallerists in the committee have been filled by Tomoko Aratani and Mutsumi Urano (both from ARATANIURANO).
Misa Shin, the former Executive Director, now serves as an Advisor to ART FAIR TOKYO, while Masami Shiraishi (SCAI THE BATHHOUSE), the former Advisor becomes Honorary Advisor.