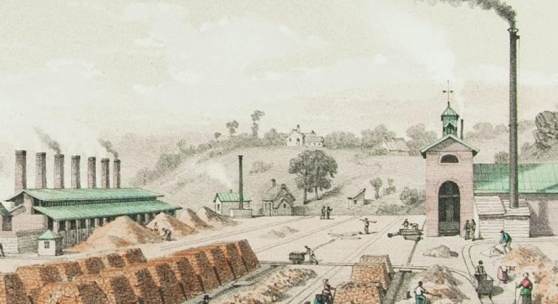 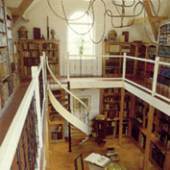 Adolph Asher (23 August 1800-1 September 1853), originally named Abraham Ascher, was born in Cammin, north of Berlin. He attended the gymnasium in Berlin and showed an aptitude for languages that was to serve him well in both his international trading and his scholarly bibliographical studies. He travelled to England as a merchant for several years and, still in his twenties, made a fortune trading in diamonds in Russia, where his son Georg Michael was born in 1827. Coming into possession of a large collection of books, he returned to Berlin and established his bookselling business at Mohrenstraße 53 on 1 January 1830. He took advantage of his trading connections in London, where he opened a second shop in Covent Garden by 1835, and St Petersburg, where he opened a third shop. He sold new and used books, became the principal supplier of the British Museum and close friend of its great librarian Anthony Panizzi (1797-1879), and built up its then almost non-existent Russian and Eastern European collections. He also supplied many books to Alexander von Humboldt (1769-1859) and Charles Darwin (1809-1882). By 1848 he apparently moved the shop to Unter den Linden 13 (later 20), near the Königlich Preussische Akademie der Wissenschaften, another important customer. In 1839 Asher published his first Bibliographical Essay, a series of scholarly annotated bibliographies on various subjects that continue to serve booksellers today (Asher’s son was to continue the tradition with one covering Dutch books on the New World, dedicated to his late father). Asher sold his firm in 1852 and died in the following year.