THE LIMOUSINES OF MARIA CALLAS AT AUCTION, THIS SUMMER, IN MONACO 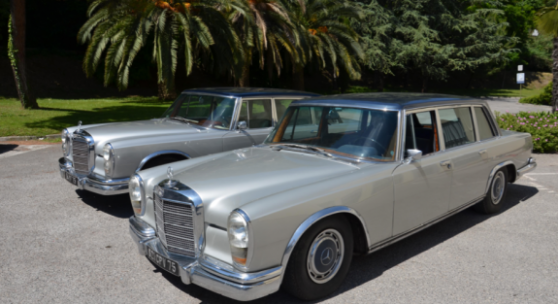 Monte-Carlo – On Monday 20 July, Artcurial Motorcars will sell an extraordinary collection of 11 motor cars from the estate of a friend of the Callas family. Offered without reserve, these cars reunited on the Côte d’Azur illustrate a lifestyle for those living on the Riviera. The sale will take place in the heart of the Principality, at the Hôtel Hermitage, after being on display on Sunday 19 and Monday 20 July at the Casino de Monte-Carlo.

There are a couple of exceptional cars in this collection : two Mercedes Benz 600 limousines bought new in 1967 by the famous opera singer Maria Callas, and used to transport her from opera to opera during her European tours. One of these was fitted with a radio in the back, specially for the Diva. La Callas was a long-standing resident of ‘the Rock’ and a close friend of Prince Rainier and his wife Grace Kelly. Aristotle Onassis, the love of her life, with whom she lived between 1959 and 1968, was very attached to Monaco. Between 1953 and 1966, he became the principal shareholder and president of the celebrated Société des Bains de Mer.