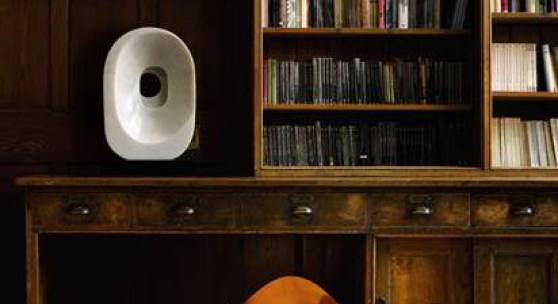 London, May 2016: Two important sculptures by Barbara Hepworth, never previously offered at auction and rarely exhibited, are to star in Sotheby’s forthcoming Modern & Post-War British Art Evening Auction on 13 June in London. Quiet Form and Forms in Movement (Galliard) are being sold on behalf of Wakefield Girls’ High School, where Hepworth was educated, in order to help enhance the opportunities available for students there, both now and in the future, by ensuring access to the best educational facilities, and supporting the aim of widening participation at the High School through more bursaries.

‘I shall never forget the joy of going to school and the gorgeous smell of the paint I was allowed to use, nor the inspiration and help the Headmistress, Miss McCroben, gave me’

Throughout her life, Hepworth always acknowledged how much she owed to her school and how integral it had been to the blossoming of her career. The two pieces to be sold are extremely personal to Hepworth: both tell the story of her close ties with Wakefield Girls’ High School and of her extremely close friendships with headmistresses there.

Hepworth attended Wakefield Girls’ High School from the age of six, leaving aged 17 in July 1920. Her headmistress, Miss McCroben, recognised Hepworth's talent and provided an environment where she was encouraged to pursue her artistic gifts - allowing Hepworth's belief in her own abilities to grow as she excelled at music, languages and art. Famously, she was permitted by her teachers to miss sports in order to concentrate on her artwork. It was McCroben’s slide show of Egyptian sculpture that first kindled in seven-year-old Hepworth a love of sculpture that was to remain with her for the rest of her life – she later wrote: ‘I remembered sitting quite rigid… both sculpture and architecture seem to exert some kind of special compulsion when thrown up on the screen’. When, at the age of fifteen, Hepworth told McCroben of her desire to pursue sculpting exclusively, the headmistress was the one who said ‘You can sit for a scholarship to Leeds next week!’, later arranging lodgings for her when Hepworth moved to the Royal College of Art in London.

Frances Christie, Head of Sotheby’s Modern & Post-War British Art said: ‘We are thrilled to be offering two beautiful objects with such a great story of personal importance to one of the giants of 20th-century art. Hepworth is the only British female artist to have two galleries dedicated to her, and following a hugely successful retrospective at the Tate Britain last year, the appetite for the very best examples of her work has never been stronger.”