Cilla Black's Paintings by L.S. Lowry to be Offered at Sotheby's 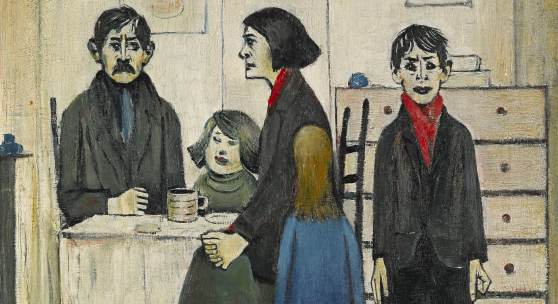 Sotheby’s London, 6 May: This June, Sotheby’s will present at auction three outstanding works by L.S. Lowry, one of Britain’s best-loved artists, from the collection of another national treasure, the late Cilla Black. The three paintings, which have a total estimate of £520,000-830,000, will be offered in Sotheby’s evening sale of Modern & Post-War British Art on 13 June 2016.

One of the nation’s favourite pop stars of the swinging sixties, and later an icon of British TV entertainment, Cilla rose to stardom as a singer managed by Brian Epstein, with songs written for her by close friends Paul McCartney and John Lennon. Decades on, she continued to delight millions with her unique brand of unaffected humour and charm, becoming the undisputed queen of Saturday night television. Introduced to buying art by Epstein, from the start Cilla bought what she loved and could relate to - drawn to Lowry in particular as he was the painter of the very world she grew up in.

“Mum and dad bought art that they loved and that they could relate to, and since L.S. Lowry painted the world that our mother grew up in there was very much a personal connection to each of these particular paintings. It was Brian Epstein who first introduced them to buying art when they were able to afford to, and he introduced them to a number of artists who were prominent at the time. Dad had a good eye for seeking out great works, and mum wanted to feel a connection to the works on a personal level and Lowry was an artist they were both drawn to. Each of the Lowry paintings they bought depict day-to-day scenes and family life, and mum and dad lived with them accordingly, hanging them in our family home in pride of place in the living room where we spent the most time together. The third Lowry they bought, The Black Church, was actually a surprise for mum that dad bought for her 50th birthday – by then he knew which particular works by the artist would appeal to her and the ‘Black’ in the title had additional resonance.” Cilla Black’s sons

Discussing the sale, Sotheby’s specialist Simon Hucker said: “For many it may come as a surprise that Cilla owned and cherished works by Lowry, but then why wouldn't she? Lowry painted the world that she grew up in: the tightly packed terraces and backstreets of the cities of the industrial North. His work records and celebrated the working-class culture that gave Cilla her identity and which she never wanted to lose despite becoming a national celebrity. Lowry's paintings are accessible, but they're also complex, resonant with a poetry that anyone born in the north of England in the war years would have understood."