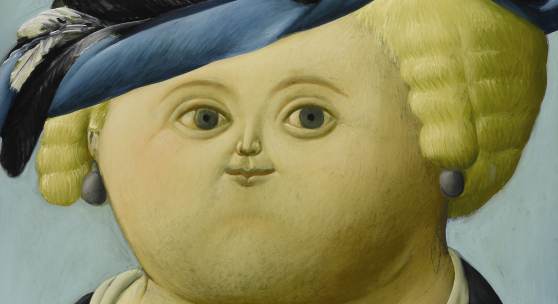 NEW YORK, 6 MAY 2016 – Sotheby’s spring auction of Latin America: Modern Art focuses on figurative artworks from the region by leading artists engaged in traditional landscape painting, portraiture, Cubism, Mexican Muralism, Surrealism, Social Realism and Hyper Realism; the sale includes works executed in long established media from the late 19th through the 20th Century. The auction will offer works by masters of the field, including Claudio Bravo, Rufino Tamayo, Fernando Botero, Wifredo Lam, Remedios Varo, and others. This May, Sotheby’s is pleased to offer a wide selection of important works by Brazilian modern masters such as Cândido Portinari, Emiliano Di Cavalcanti and Cícero Dias. The exhibition will open to the public in Sotheby’s York Avenue galleries on 20 May 2016, alongside the full sale of Latin America: Contemporary Art. Select highlights will be on view from 29 April through 9 May during Sotheby’s two-week exhibition event ahead of the marquee May auctions.

The auction will feature remarkable works by renowned Mexican artist Rufino Tamayo, spanning five decades of the artist’s career. Leading this group is his 1988 painting El fisgón (The Voyeur) (estimate $1/1.5 million, above). Painted at the twilight of his life, the present work belongs to a group of tantalizing paintings rooted on colorful metaphors and ingenious imagery in which he used popular Mexican expressions in lieu of a candid language concerning sexuality. El fisgón is an eloquent example of this accepted practice, revealing an evocative composition where the archetypal figure of a lady in the process of undressing is surprised by a voyeur who looks with indiscreet delight into her bedroom. Other highlights by Tamayo include a 1961 painting Hombre ($350/450,000) and El Juglar, a painting from 1982 of a juggler, one of the artist’s most favored subjects.

Leading the Surrealist works on offer in the Modern portion of the sale is Remedios Varo’s 1961 painting Astro Errante (The Wandering Star) (estimate $900,000/1.2 million, right). The present work resonates with the physical, psychic and cosmic energy that shaped the artist’s painting after she settled in Mexico during World War II. Despite its cosmic setting Varo’s “wandering star” also evokes real journeys, particularly those that propelled the artist from a childhood in Catalonia to Madrid’s famed Academia de San Fernando, and then to Paris, marriage to surrealist poet Benjamin Péret, Marseille and Mexico City. In November 2014, Sotheby’s New York set the auction record for Varo, when her 1960 painting Hacia la Torre sold for $4,309,000, well above its high estimate of $3.5 million.

The sale also features two exceptional works by Claudio Bravo, displaying the artist’s mastery of hyperrealism. Coming from a Prominent South American Collection, The Emperor, painted in 1973, is one of Claudio Bravo's earliest pictorial triumphs — a portrayal of drapery as a subject in itself (estimate $1/1.5 million, left). Bravo’s fascination for the tactile quality of cloth led to a life-long passion to transform it into the realm of the mystical. The auction also includes a later example of this enduring subject; Pale Surprises, painted in 2003 and emerging from an Important New York Collection. Pale Surprises belongs to Bravo’s renowned Package series which similarly   transcends mundane materials into a perfectly accomplished trompe-l'oeil reality.

Also emerging from the Prominent South American Collection are two important works by Brazilian artists. Emiliano di Cavalcanti, a foundational figure of Brazilian modernism, is represented in the auction with his circa 1950 painting Figures with a Mandolin, Owl and Cats (estimate $350/450,000, left). The present work marks an interesting departure from Di Cavalcanti's prototypical imagery. A large- scale interpretation of the Commedia dell'Arte, Figuras com bandolim, coruja e gatos evokes Picasso's Three Musicians of 1921, an icon of Synthetic Cubism. Emiliano di Cavalcanti personified the avant garde in his native Rio de Janeiro, and this canvas confirms his commitment for mergingthecariocaspirit, its people and traditions, into a modernist aesthetic.

Cândido Portinari played an important role in the Brazilian art world. The son of poor immigrant farm workers, Portinari recognized from a very early age the plight of the oppressed. His work excels in the authentic portrayal of Brazilian social reality. Morro conveys a prescient sense of bidimensionality; the fusion between the figures and their abstract background, a colorful and dynamic coalescence of vertical and horizontal planes, confirms Portinari's mastery of visual synthesis (estimate $700/900,000, right). It is here where Portinari illustrates the irrepressible compassion for his people and for his conviction of the dignity of humanity.

The Modern art sales features several works by Fernando Botero, offering a wide-ranging view of the artist’s career at estimates ranging from $30,000 to over $1 million. Leading the group is an early monumental painting from 1964, Mrs Rubens #3 (estimate $800,000/1.2 million, left). Inspired by the iconic portrait of Suzanne Lunden by Peter Paul Rubens in the National Gallery in London, Mrs Rubens #3 is the most accomplished version of the subject. From 1962 to 1964, Botero painted paintings on the same subject matter. Further highlights by Botero include a bronze Seated Woman (estimate $500/700,000) and a portrait from 1970, Santa Isabel de Hungría (estimate $400/500,000).