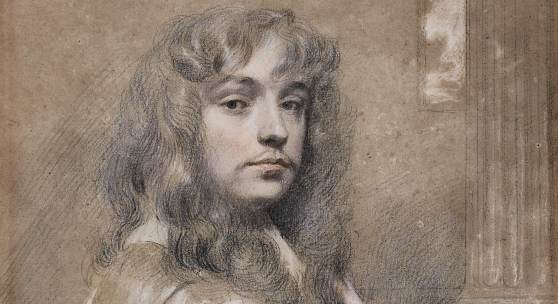 London, 1st June 2016 – His iconic portraits of Charles II’s pleasure-seeking court made him the natural successor to Anthony van Dyck and the “best painter in England” of his time but Sir Peter Lely (1618-1680) was also one of the great international draughtsmen of his age. This summer, Sotheby’s will present three of his most sensitive and intimate surviving portrait drawings. These highly prized and finished works include a masterful self-portrait - one of only two in existence and the only one remaining in private hands - and portraits of the artist’s son, John and his wife, Ursula. Never seen on the market, the works boast extraordinary provenance, having remained in the possession of the artist’s direct descents since they were drawn some 360 years ago.

Sir Peter Lely’s self-portrait, with its grand scale, is one of the most powerful and important of all drawings created in 17th-century England and certainly one of the great highlights of the artist’s long and brilliant career. Made during the second half of the 1650s, towards the end of the Cromwellian era, this fantastically rare work[1] shows the artist as a quietly self-assured and affable man in his mid to late thirties. Lely was a “well-bred gentleman, friendly and free, and not only adept in his art but communicative”[2] and these two attributes are reflected in this self-portrait which is a wonderful example of the sympathetic and psychologically interesting portraits the artist was producing at the time. Testament to a wider European tradition of highly finished portrait drawings that, in England, began in the early 16th Century with Holbein, the work also illustrates the influence of masters such as Rubens and Van Dyck on Lely’s oeuvre (est. £600,000-800,000).

Commenting on the sale, Mark Griffith-Jones, Sotheby’s Specialist in British Watercolours & Drawings, said: “Lely was an artist of outstanding invention and talent and these works of the utmost rarity are an exceptional illustration of his supreme skill as a draughtsman. They are also of immeasurable intimacy, having been made by the artist for himself, to be enjoyed by his family in their home in Covent Garden. The self-portrait in particular demonstrates that Lely could compete not only with the greatest European artists of his own day but also with those that had come before. ”