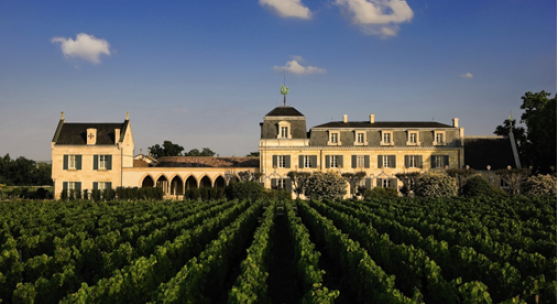 NEW YORK, 20 June 2016 – On 19 October 2016 Sotheby’s Wine will present an unprecedented evening sale entirely dedicated to the wines of Château La Mission Haut Brion. The sale will highlight the extraordinary property that has been dubbed ‘the Sixth First Growth.’ La Mission wines are regarded as one of the most perfumed, rich, complex, and refined in all of Bordeaux. Of particular note in this sale is the selection of the Château’s extremely rare and distinguished white wines of which only 500 cases are produced each year. The ninety-six vintages available include wines that can be enjoyed now or matured for decades. The 270 lot sale, dating from 1916 to 2012 offers a century of one of Bordeaux's most esteemed estates.

Prince Robert of Luxembourg, President and CEO Domaine Clarence Dillon, commented: "Chateau La Mission Haut-Brion, affectionately known by many US wine-lovers as "La Mish" has always enjoyed a great acclaim in the United States even long before the estate was acquired by my family in 1983. It has been a favourite of some of the most distinguished wine writers in the world and has been judged by many to produce perfection in the great vintages, often even surpassing the top growths of the region. La Mission is an equal and complimentary sibling for Haut Brion, offering a true case study for the value and character that is imbued in an exceptional terroir. Crafted by the same wine-making team as its direct neighbour its unique character nonetheless always shines through. We are excited to share some very rare treasures from our cellars with wine-lovers from all around the world and we salute the great professionalism of Sotheby’s for offering us the ideal platform to accomplish this!"

Jamie Ritchie, Worldwide Head of Sotheby’s Wine, commented: “We are delighted to continue our series of Single Owner sales of wines direct from the most prestigious châteaux in Bordeaux, with an entire sale dedicated to the wines of Château La Mission Haut Brion. La Mission Haut Brion is widely regarded as the sixth First Growth and this sale follows previous sales dedicated to Lafite, Mouton, Margaux and Haut Brion. With vintages ranging from 1916 to 2012, the estimated value is $1 million and will be presented in a special evening sale on October 19 in New York after events throughout the Americas. Our team has just returned from Bordeaux and we are starting the exciting work of creating the catalogue.”

Serena Sutcliffe, M.W.; Honorary Chairman, Sotheby’s Wine, said: “It is a real privilege for us to bring to auction almost a century of vintages direct from Château La Mission Haut Brion, an undisputed star of Bordeaux’s greatest growths. The dramatic impact of this extraordinary wine is underscored by sheer, majestic class, allied to glorious flavour that imprints itself on the palate. It would be difficult to find a wine with more character and exciting density and it is a revelation to watch it evolve from powerful youth to imposing maturity. This sale will enable La Mission’s many devotees to do just that.”