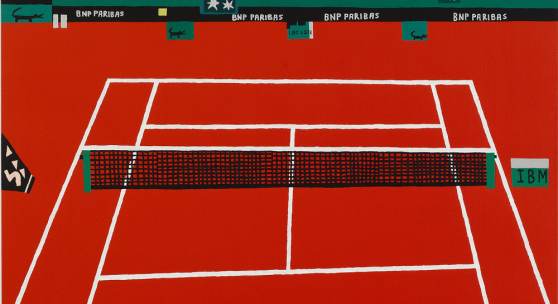 NEW YORK, 22 September 2016 – Sotheby’s New York season of contemporary art auctions commences with Contemporary Curated, to be held on 29 September 2016. Carefully selected by tastemakers from the worlds of art, fashion and design, Contemporary Curated offers insight into the aspirations, affinities and creative processes of these curators. Led by the Robert Mangold masterpiece, Three Squares within a Triangle from 1975-1976 (estimate $800/1,200,000), works of varying mediums are offered at a range of price points, and from artists at different points in their career – works on paper by Willem de Kooning and Alexander Calder are bookended by impressive sculptures by Marisol Escobar and John Chamberlain. Other noteworthy artists represented in this sale include Ed Ruscha, Lee Krasner, Kenneth Noland, Gerhard Richter, John Currin, Damien Hirst and Anish Kapoor. The New York exhibition opens to the public on 23 September, alongside works from Contemporary Art Online.

Jonathan Adler Instagram: @jonathanadler
“I’m mad for the color and scale and Stuart Davis-ishness [of Jonas Wood’s French Open Four], but done through a completely modern and singular lens.” Pottery, designer and author, Jonathan Adler is synonymous with Modern American Glamour. Since launching his company in 1994, Jonathan Adler has built a lifestyle brand, encompassing furniture, decorative objects, tabletop collections and much more. While his interior decorating empire continues to grow, frequently featured in top hotels and homes around the world, he remains best known for his pottery, full of whimsy and luxury.

Jill Stuart Instagram: @jillstuart
“Lee Krasner is incredible. She is one of the greatest female painters of all time and one of my favorite Abstract Expressionist artists. There is a romanticism in this particular painting with its short brushstrokes and color palette. It evokes a feeling of the environment she was painting in, it feels like summer becoming Fall on the East End of Long Island.”

Brought into the New York fashion scene by her parents, Jill Stuart made her first individual mark at the age of 15, selling chokers and handbags to Bloomingdales while a student at the Dalton School. Following graduation from the Rhode Island School of Design, she launched her eponymous collection in 1993. Over the last two decades, Jill Stuart has continued to grow and expand, with products ranging from ready-to-wear to cosmetics, jewelry to fragrances. The current number of storefronts worldwide exceeds 250.

Isabella Lauder-Frost Instagram: @ThingsIzzyLoves
“The group of Allan Stone works is a truly fantastic collection and an incredible chance to acquire works rarely seen at auction before. I love the dialogue between this early Chamberlain and other artists working at this time such as Franz Kline and Jean Tinguely.”

Isabella Lauder-Frost joins this year’s quartet of tastemakers with nine years of experience at Helly Nahmad London. An art historian by training, her work at the gallery focuses on Modern and Post-War Art, including solo exhibitions of Matisse, Monet and Picasso, as well as the infamous ‘The Collector’ project at Frieze Masters last year. Isabella Lauder-Frost is also often cited for her Instagram account which shares behind-the-scenes snapshots from her travels to museums, galleries and foundations around the world, including Whitechapel Gallery’s First Futures, of which she is a committee member.

Max Snow Instagram: @mrmaxsnow
“Ed Ruscha I have always loved. My father was very well-read, from the South and very American. He was always coming out with new colloquialisms, so I’ve always loved word play. Ed Ruscha speaks to me very much because he speaks of the American West, which is a place I find very inspiring.”

An American artist, born in New York City and based in Wyoming, Max Snow grew up surrounded by art – some of his earliest memories are of watching Merce Cunningham performances, visiting Robert Rauschenberg’s studio and, perhaps most memorable, going to the Rothko Chapel in Houston. His own artistic career with photography; his black and white works of art are intimate and melancholic, vacillating between discomfort and the sublime. However, his artistic output changed course following significant losses to his photography studio and equipment during Hurricane Sandy. Today, Max Snow works primarily on silkscreens on canvas.