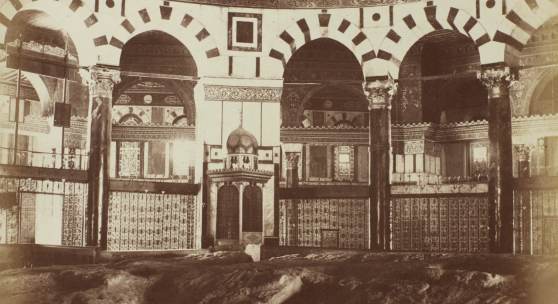 Sotheby’s to Offer Some of the Earliest Photographs of Egypt & Two of the Greatest Books on Egypt Ever Produced Including Napoleon’s Monumental Survey Produced during the French Revolutionary Wars In London, 15 November 2016

Exceptional works relating to Egypt and the Middle East are set to be the highlight’s of Sotheby’s forthcoming sale of Travel, Atlases, Maps and Natural History in London on 15 November. The sale contains books, manuscripts, maps, and historical photographs from around the world, including the two greatest books on Egypt: David Roberts’s Holy Land & Egypt, and a first edition of the monumental Description de l’Egypte. Egypt is also represented in a very scarce book, La Vallée du Nil, illustrated with over 100 original photographs taken in 1860 by Henry Cammas, the protégé of the Orientalist and explorer Koenig Bey, to whom this copy is inscribed. A Unique Extra-Illustrated Copy of Napoleon’s Monumental Survey of Egypt La Description de l’Egypte. Paris, 1809-1822, 33 volumes. Est. £160,000-200,000.

The Description de l’Égypte was the first scientific survey of all Egypt, from its antiquities to its agriculture including language, music, costume, and natural history, and it concludes with a detailed and accurate map of the region. The numerous plates depicting the antiquities provide a comprehensive record of the richness of ancient Egyptian culture.

Napoleon enlisted over 160 scholars and scientists to chart and record all known aspects of ancient and modern Egypt during his expedition to the country as part of the French Revolutionary Wars (1798- 1801). It then took a further 2000 artists, engravers and printers to compile their findings into a full work.

At the time of publication, the Description de l’Égypte was the largest printed work ever produced; the largest of the volumes measures nearly five feet high. Its influence was enormous, establishing Egyptology as an intellectual discipline and nurturing a passion for Egyptian art throughout the western world.

This copy is unique for being accompanied by six volumes of additional material assembled by the original owner Jean-Baptiste Huzard (1755-1838), the distinguished French veterinary surgeon and bibliophile. This includes over 400 letters, documents, biographies and manuscripts relating to the production of La Description de l’Egypte, and a collection of 36 French and English medals relating to Egypt.

A Rare Early Photobook of Egypt, including over 100 prints Henry Cammas. La Vallée du Nil. Impressions et Photographies. Paris, 1862 Est. £150,000-200,000 Henry Cammas spent nine months in Egypt in 1860, living on a boat on the Nile and photographing sites along the banks. These are among the earliest photographs ever taken of the country.

This copy is dedicated to Cammas’ patron, Mathieu Auguste Koenig, later known as Koenig Bay (1802- 65). Koenig left his native France in 1820 to travel to Egypt, and settled in Cairo in 1827. He was appointed tutor to Muhammed Ali’s children in 1834. Soon afterwards he was awarded the title Bay and was put in charge of the Translation Office at the Ministry of Foreign Affairs. By the time Cammas and Lefèvre came to Egypt Koenig Bay had become an important and influential figure due to his position in the Egyptian court.

The photographs are accompanied by André Lefèvre’s excellent account includes chapters on ancient and modern Egypt, biographical notes on Koenig Bay, detailed information about daily life during their travels, Egyptian monuments, and practical advice for other photographers and travelers.

One of the finest colour plate books of the nineteenth century David Roberts, The Holy Land, Syria, Idumea, Arabia, Egypt & Nubia. London, 1842-1849, Estimate £80,000 - 120,000 Roberts’s Holy Land, Syria, Idumea, Arabia, Egypt, and Nubia, was one of the most elaborate ventures of nineteenth-century publishing, providing the most comprehensive series of views of the monuments, landscape, and people of the Near East. It is one of the greatest of all the colour plate books published in the nineteenth century.

This hand coloured copy comes from the library of the The Marquess of Lothian, one of the subscribers to the first edition. The expense of the first production was offset by subscriptions from enlightened individuals including Charles Dickens, John Ruskin, Queen Victoria, Mehemet Ali, the Pasha of Egypt, and Tsar Nicholas 1 of Russia.


Palestine A COLLECTION OF OVER 1,300 NINETEENTH-CENTURY PHOTOGRAPHS OF PALESTINE, HIGHLIGHTS INCLUDE: Estimate 250,000 — 300,000 GBP
Sotheby’s Auktionshaus