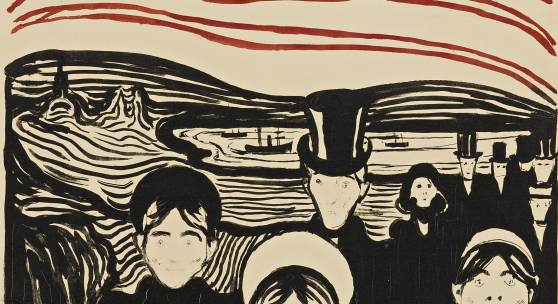 NEW YORK, 20 October 2016 – Sotheby’s New York is delighted to announce that its fall auction of Prints & Multiples on 27 and 28 October will offer over 350 lots ranging in value from $1,000 to $500,000. Works by Edvard Munch from the Estate of Mary Cross, spanning iconography and subject matter, and ceramics by Pablo Picasso from the Estate of Maxine Pines will be accompanied by prints by Contemporary artists including Andy Warhol, Chuck Close and Wayne Thiebaud. The full selection of 19th Century, Impressionist, Modern and Contemporary prints and multiples will be exhibited in New York from 23 October to 27.

THE ESTATE OF MARY CROSS
Captivated by photography and journalism at a young age, Mary Cross (1936-2016) made her mark travelling around the globe, capturing her discoveries in written word and snapshots. Asia, North Africa, the Middle East and Turkey inspired her, resulting in books including Behind the Great Wall (1979); Egypt (1991); Vietnam: Spirits of the Earth (2001) and Sacred Spaces: Turkish Mosques & Tombs (2013). Her passion for beauty is clear in this selection of 22 works on offer, with a particular focus on prints by masters like Edvard Munch, Henri Matisse and Pablo Picasso. Her appreciation in particular for Munch rings out clearly, with 11 etchings covering all major subject matters, led by Madonna (W. 39; S. 33) (estimate $100/150,000). Lithographs of Angst (Woll 63; Schiefler 61) (estimate $400/600,000) and Jealousy I (W. 68; S. 57) (estimate $30/50,000) masterfully encapsulate the artist’s preoccupation with psychological representation, as well as Ms. Cross’s empathy for the artist.

THE ESTATE OF MAXINE PINES
Sixteen years following the exceptional sale of property from the Estate of Ned L. Pines, Sotheby’s is honored to offer over 40 works of art from the Estate of Maxine Pines, his beloved wife. Led by Barnett Newman’s Untitled, a lithograph from 1961 (right, estimate $70/100,000), the collection’s depth lies in its extensive assemblage of ceramics by Pablo Picasso. The top lot of the group is Tête de Chèvre de profil (A. R. 153) (estimate $15/25,000). Partially glazed in sumptuous turquoise, yellow and ochre, the platter is stamped with the Madoura and Empreinte Originale de Picasso.

IMPRESSIONIST AND CONTEMPORARY PRINTS
Outside of these significant private collections, sale highlights include important prints by Pablo Picasso and Joan Miró. Examples of Picasso’s printmaking include important images such as a double sided working proof of Jacqueline Lisant, two color trials and the final composition of Portrait de jeune fille, d’après Cranach le jeune. II with estimates ranging from $60,000-$700,000. Joan Miró’s Les Trois Soeurs (The Three Sisters) (Dupin 25) is a drypoint and etching on parchment, with additional coloring by the artist. One of only four hand colored impressions on parchment, the whimsical work of art, flourished with his signature in red, carries a pre-sale estimate of $35/45,000.

CONTEMPORARY PRINTS
Five works by Wayne Thiebaud are included in this fall’s Prints & Multiples sale, in both the day and evening sessions. The group is led by Paint Pots (estimate $100/150,000). With its focus on the primary colors, this monoprint falls in line with the artist’s oeuvre of everyday objects painted with a singular vision. The Prints sale also includes Cigars,  beautifully hand colored on soft ground spit-bite aquatint (estimate $80/120,000).

Measuring 103 by 79 inches, Self Portrait/Color is a large-scale Jacquard tapestry by Chuck Close (estimate $100/150,000). A remarkable Contemporary work, it is an example of the limited-edition woven textiles made in collaboration with Magnolia Edition’s Magnolia Tapestry Project. While divergent from his usual medium, Chuck Close showcases his availability to manipulate visual elements and textual nuance in Self Portrait/Color.