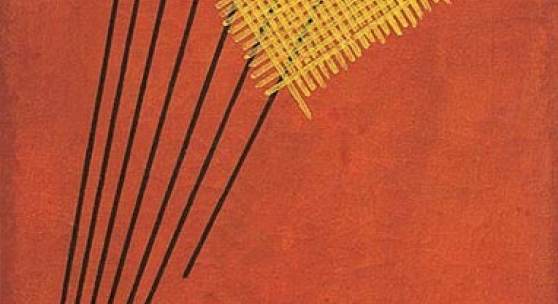 Alexander Rodchenko’s Construction No.95, is the star of a single owner collection of Russian avant-garde works set to come to auction for the first time in November. Dating from 1919, when Russia led the world in terms of artistic innovation, this is undoubtedly the most important work by the artist to appear at auction since Sotheby’s landmark sale of Russian Avant-Garde and Soviet Contemporary Art in Moscow in 1988. The rare oil has been held in the same collection for 20 years, and will now lead Sotheby’s auction of Russian Pictures in London on 29 November 2016 with an estimate of £2,500,000 – 3,500,000.*

“Following the Revolution and upheaval of 1917, Russia enjoyed a few brief years of incredible artistic freedom, not seen before or since, and the resulting upsurge in creativity spilled over into every discipline. Rodchenko’s Construction No.95 is a masterwork from this time; it holds a special place not only in the artist’s oeuvre, but in the entire canon of Russian avant-garde art.” - Reto Barmettler, Head of Russian Paintings Sotheby’s London.

Rodchenko could turn his hand to any medium and his work in advertising, architecture, book illustration, painting and photography has influenced a century of design. In 1921, the artist declared paint and brushes to be outmoded; his tools were now ‘the press, the roller, the drafting pen, the ruler, and the compass’. For Rodchenko, the hand of the artist had lost its previous significance and had become purely functional. As a founding member of the Constructivist movement, he believed that art should be a means of production, not expression.

Construction No.95 is an example of what Rodchenko termed ‘laboratory work’ in this move towards production. Just two years later, in 1921, the artist would famously renounce painting in order to put his wide-ranging skills entirely in the service of the State.

Rodchenko and his wife Varvara Stepanova were particularly close to Kandinsky and at the time this work was painted they were sharing his family’s house in Moscow. An archival photograph shows this work hanging on the wall of their shared studio in 1919. Although the younger generation of the Russian avant-garde rejected the older artist’s spiritual mysticism, his influence is revealed in the striking use of red and yellow in Construction No. 95. Kandinsky believed each colour had inherent qualities, with red having the power to excite activity.

Construction No.95 will be offered alongside 22 further works from the same private collection by giants of Russian abstraction including Rodchenko’s wife Varvara Stepanova, Ilya Chashnik, Nikolai Suetin, and Kazimir Malevich. Another highlight is the exceedingly rare early oil Abstract Composition by Vladimir Stenberg who went on to become a hugely influential graphic designer. Encompassing works in oil and on paper, textile and furniture designs, the collection encapsulates the spirit of change and revolution during one of the most exciting periods of Russian artistic production.
*The current auction record for any work by Rodchenko is £420,000 ($646,000), for a 1917 watercolour sold at Sotheby’s New York last year.