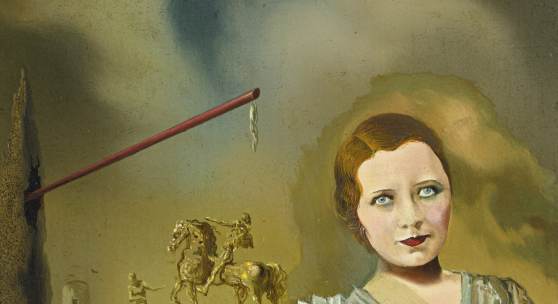 NEW YORK, 7 November 2016 – Sotheby’s Impressionist & Modern Art Day Sale in New York will be held on 15 November 2016, featuring more than 250 exceptional paintings, works on paper and sculpture that celebrate the diversity of the category. The sale features an number of works that are emerging after decades spent in celebrated private collections including the Edward M. Snider Collection and the Collection of Mrs. Marjorie S. Fisher, Palm Beach (dedicated press releases available). The pre-sale exhibition is now open to the public in Sotheby’s York Avenue galleries alongside our Contemporary Art auctions.

SURREALISM
The Day Sale is led by an exceedingly rare example of traditional portraiture by Surrealism’s leading figure: Salvador Dalí. Paysage avec Femme (estimate $1.2/1.8 million) is quintessential Dalí in its physiological intensity and remarkable technicality. Based on the overall likeness, the sitter for this work was Caresse Crosby – the first patent holder of the modern bra and a leading lady in New York and Parisan art scene of the 1930s, who played an important role in bringing Dalí and his wife, Gala, to New York for the first time. Other Surrealist works include Port De Mer Dans Le Midi, Effet De Soleil (estimate $800/1.2 million), an early large-scale work by Francis Picabia and the vibrantly colored Ramapo Hills (estimate $500/700,000), by Man Ray which comes to the market for the first time in nearly two decades.

MODERN BRITISH
The November auction features a strong selection of 15 sculptures and works on paper by Modern British masters such as Henry Moore, Lynn Chadwick and Barbara Hepworth. Leading the group is Henry Moore’s Family Group (estimate $500/700,000), offered from the Estate of Linda Rodgers Emory – daughter of Richard Rodgers, the American composer best known for his partnership with Oscar Hammerstein II. Mr. Rodgers acquired the sculpture directly from the artist in the 1950s, and it has remained in the family’s collection until now. Furthermore, the field features five sculptures come from the notable Jeffery Kaplan Collection. A true Renaissance man, Mr. Kaplan’s collection features works spanning over 1,000 years and extending across continents, collecting categories and media. Leading this offering is Barbara Hepworth’s Four Forms (estimate $100/150,000). Created within the last five years of the artist’s life, Four Forms is a culmination of many major themes she explored throughout her career, including upright forms, pierced forms and polished materials.

NABIS
This November’s sale features an extremely rare masterpiece of Nabis sculpture: George Lacombe’s L’Aurore (estimate $300/500,000). Over the course of his career, Lacombe carved only 30 sculptures in wood, due in large part to the laborious nature of his methods: he would carve first with an axe, and then in smaller strokes with a hammer and chisel from a single block of wood. This is one of only 11 wood sculptures by the artists to have appeared at auction. Additional Nabis works include Paul Gauguin’s Fleurs D'été Dans Un Gobelet (estimate $350/450,000) and Pierre Bonnard’s Le Compotier (estimate $600/800,000), which wonderfully illustrate the movement’s use of uncomplicated subject matter as a platform to fully explore the possibilities of form and color.