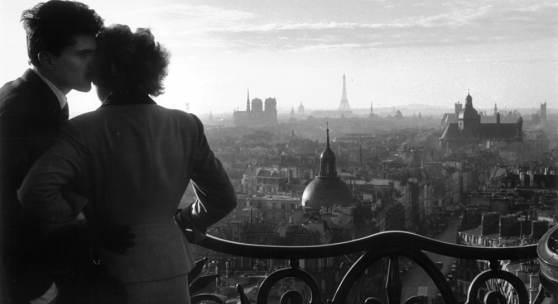 In just three years, Artcurial’s photography department has really stood out for its works at auction sourced from important private collections, offering an insight into the history of the second half of the 20th century. In 2015, Artcurial organised the Pierre Molinier - collection Emmanuelle Arsan during Paris Photo and the monographic André Kertesz auction, one year earlier.

“Photography was passed down to me by my grandfather at a young age. As time went by, I realised that he led me by my hand and encouraged me to look differently at the composition of a subject in the street. I experienced the magic of his darkroom laboratory where I saw key photographs emerge from the trays…. I am thrilled today to be able to share some of these works.”

Willy Ronis passed away on 11th September 2009, just a few months before his 100th birthday. Needless to say he cast a beady eye over most of the 20th century. The importance of his work was recognised towards the end of his life and his artistic heritage was significant. The photographer was keen to pass on his experiences to future generations and in 1983 and 1989, he left his works to the French state. The bulk of this fund, constituted of thousands of authentic images is conserved today by the state at the Médiathèque du Patrimoine. The last images in his apartment which the photographer kept before his death were also passed on to the state.

The event, the exhibition and the auction catalogue will mark this year’s cultural calendar. Artcurial will highlight event, just like for Henri Cartier-Bresson and Brassaï.

A retrospective of Willy Ronis’s work
An important figure of modern photography, Willy Ronis reported on French daily life throughout his career, working notably for Magnum. He was a witness of working class life in the cities and in the countryside and he covered the mutation of companies from Eastern European countries after the war. The 160 works at auction cover the years of the creation of photography illustrating a complete panorama of his work and mixing famous works and lesser-known pieces.

The chapters of the auction will be divided by periods, subjects, places, universes and key stages of Willy Ronis’s career including, Paris, Belleville/Ménilmontant, the working world, Holidays, nudes, ski, Eastern Germany etc

Willy Ronis, A human take on life Ronis was born in 1910 into a modest family and passed away when he was almost 100. At the time, Photography was a novelty and Willy Ronis’s rather owned a photographic laboratory. When he was just 16 he received his first camera and started taking photographs of the Eiffel Tower and his family.

As time went by, Ronis became fed up of stereotypical subjects and became interested in reporting. He witnessed the 1930s working class strikes and the evolving society. His father passed away in 1936 and the family business went bankrupt. This pushed Ronis to become a freelance photographer and he later reported on significant changes including: the Front Populaire, the 1936 social issues and paid holidays.

During the Second World War, Ronis spent time in the South of France and met Jacques Prévert before returning to Paris. He started reporting on every day life after the war such as the arrival of the prisoners in 1945 and the joys of the Victory in Paris. At the same time he joined the XV group and the Rapho agency and founded the French Humanist school.

Paris and the Ile de France region became his favourite subjects. He excelled in capturing beautiful yet simple moments of Parisian daily life. In the 1950s, he focussed on life in the Belleville-Ménilmontant area and yet continued to report on Communist movements and the working class social issues.

The modern society changed the environment in which Ronis worked. The car invaded Paris in the 1960s and pushed Ronis to seek refuge in the South of France. Nevertheless, he returned regularly to Paris to capture the transformations of the city including the RER construction, and the apparition of the Centre Pompidou…but his ideal setting was no longer reflected in this industrial setting.