The Legacy of Two Great Scottish Families at Sotheby's 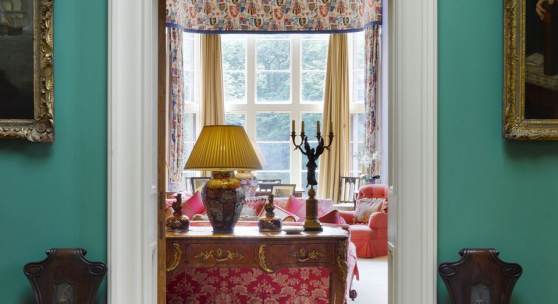 LONDON, 12 March 2017 – Two remarkable collections will make the journey from Scotland to Bond Street in London this March, when Sotheby’s showcases the legacy of two great Scottish families. Each tells the story of an important family steeped in the history of Scotland: the Forbeses of Pitsligo, tastemakers rooted in 18th-century Edinburgh, and the Marquesses of Lothian, an ancient and noble lineage. Property from Fettercairn House, for centuries the home to generations of Forbeses, leads the pair, with over 400 lots spanning the 16th century to the present day, followed by some 70 lots from the Stores and Attics at Monteviot House. The items which filled these homes will be offered in Sotheby’s New Bond Street galleries on 28 March 2017.

Harry Dalmeny, Sotheby’s UK Chairman, said: “These two collections, rich in content, say as much about the history of Scotland as they do about the families who assembled them over nearly four centuries. The Forbes family of Aberdeenshire, a clan replete with bankers, statesmen and Jacobite rebels stand here united with the lowland Kerrs, Stuart courtiers, soldiers, politicians and collectors. The items present an encyclopaedic array, and whilst each lot tells its own tale, together they paint the most vivid picture, and celebrate the unique families and country from which they have come.”

David Macdonald, Sotheby’s specialist in charge of the Fettercairn House sale, said: “In some respects, this is the story of Scotland over the last 250 years. From Jacobite swords and sporrans, and late 18th-century decorative pieces, to Grand Tour souvenirs – all these treasures found their way to Fettercairn House from the families’ historic estates at Greenhill, Morningside, Colinton, Invermay, and their Edinburgh town house. The lives and loves of the Forbes family, their academic interests and passions were reflected in the objects they acquired and treasured. Now these carefully displayed, stored or locked away heirlooms come to light to be shared and discovered.”

Over the centuries, Fettercairn House in Kincardineshire became a depository for a trove of treasures passed down through generations of Forbeses, from the romance of Alexander, 4th Lord Forbes of Pitsligo, one of Scotland’s most heroic figures fêted for his participation in the Jacobite risings of 1715 and 1745, to his descendants, the extraordinary gentlemen Sir William Forbes, 6th Baronet (1739-1806) and his eldest son, Sir William Forbes, 7th Baronet (1773-1828), sons of the Scottish Enlightenment. The 6th Baronet, a key player in the Enlightenment, took as his main residence 86 George Street in Edinburgh. The estate of Fettercairn was brought into the family’s possession when his son Sir William married Williamina Belsches, Sir Walter Scott’s great love. This was the moment when treasures from the magical houses in the Forbes name began converging on Fettercairn, a home for possessions amassed by some of Scotland’s finest.