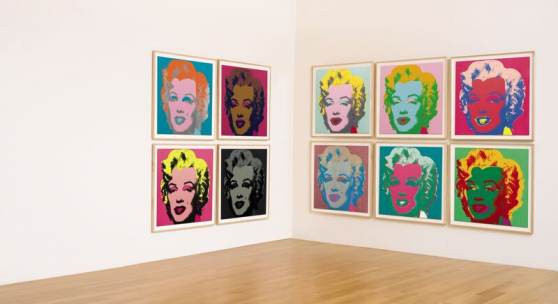 NEW YORK, 18 April 2017 – Sotheby’s is delighted to announce its annual spring auction of Prints & Multiples in New York will be held on 27 and 28 April. Opening with a collection of Pablo Picasso ceramics from the Estate of Wagner Thielens, the sale spans early 200 years – from significant works by James Whistler and Edvard Munch, to era-defining prints from the 20th century Grosvenor School, Jasper Johns and Andy Warhol.

The spring auction is also the stage for an exciting collaboration with Jonathan Saunders, Chief Creative Officer of the iconic New York fashion brand Diane von Furstenberg. His selections and thoughts on the intersection of art and fashion will be revealed in the week leading up to the public exhibition, which opens on 23 April in our York Avenue galleries.*

IMPORTANT WORKS BY MASTER PRINTMAKERS
Featuring Edvard Munch
Familiar images by master artists such as James Whistler and Edvard Munch make a welcome appearance in this season’s auction. Munch’s iconic Vampire II (Vampyr II) (W. 41: S. 34) is one of the artist’s most recognizable compositions, second only to The Scream. Nearly ten years after the oil on canvas version of Vampire sold at Sotheby’s for $38.2 million dollars, the present work – a lithograph and woodcut printed in colors – comes to auction with a pre-sale estimate of $300/400,000. Instantaneously recognizable, Whistler’s etching Nocturne (Kennedy 184; Glasgow 222), printed circa 1880-81, is a heretofore unrecorded working proof between the fourth and fifth states of Glasgow’s proofs (estimate $25/35,000). The present example reveals the artist’s process of working and re-working imagery.

CONTEMPORARY PRINTS AND PORTFOLIOS
Complete sets lead the contemporary portion of the Prints & Multiples sale. From the Collection of Robert & Jane Rosenblum – the former a preeminent professor, curator, critic and author who was amongst the first to write about Jasper Johns’s use of numerals, targets and the alphabet – comes 0-9 (ULAE) (estimate $600/800,000). This complete portfolio, seldom on the market, is unique for its inscription of ‘Proof to replace stolen’; when four of the lithographs purchased by the Rosenblum’s were stolen in the 1960s, Jasper John specially replaced them for his good friends.

DYNAMIC IMAGES FROM THE GROVESNOR SCHOOL
Leaders of 20th Century Printmaking
The second day of the April auction is devoted to works by the Grosvenor School. Famous for their celebration of daily life between World War I and World War II, the Grosvenor School is often credited with reviving interest in printmaking in the 20th Century. Concert Hall (C. SA 1) by Sybil Andrews is a brilliant example of the works that were popular at this time. A linocut printed in colors, this print from an edition of 50 carries a pre-sale estimate of $30/50,000. Other prominent artists of the time, including Cyril Edward Power, Claude Flight and Lili Tschud, are also featured in this sale, including Powers’s Whence & Whiter 7 (C. CEP 14). Numbered 27/50 and signed in pencil, this linoleum cut printed in colors circa 1930 symbolizes the movement, and encapsulates the hustle and bustle of the inter-war era (estimate $50/70,000).

JONATHAN SAUNDERS
Chief Creative Officer, Diane von Furstenberg
Jonathan Saunders joined Diane von Furstenberg as the brand’s first Chief Creative Officer in May 2016, and is responsible for the overall creative direction of the brand. Prior to joining DVF, Saunders operated his eponymous womenswear label for over 12 years that established him as one of London’s design luminaries. Over the course of his design career, Saunders has become known for innovation, craftsmanship and his creative use of print, pattern and color. His inspired understanding of fashion has also resulted in collaborations with dancers, artists and interiors companies alike. Past honors include the 2012 British Fashion Council/Vogue Fashion Fund Award, and the 2012 British Fashion Award in Emerging Talent – Menswear. Born in Scotland, Saunders graduated from Glasgow School of Art in 1999 with a BA in Printed Textiles, going on to graduate from Central Saint Martins in 2002 with an MA with distinction in Printed Textiles.