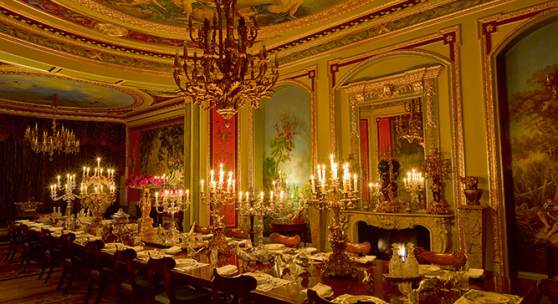 London home formed the backdrop to life at the highest level of British society. The collection stands as testament to Lord Ballyedmond’s unerring eye as a collector, displaying a lifelong passion for the finest art and antiques, with a rare attention to detail. Around 700 objects, spanning over 400 years, will be offered at Sotheby’s London on 23 and 24 May, with the majority drawn from a magnificent townhouse on London’s Belgrave Square, described as the “Downton Abbey of our times”.

Born in Kilcurry, County Louth, Ireland, Lord Ballyedmond rose from humble beginnings to make his fortune founding and steering to extraordinary success the Norbrook Group, a pharmaceutical company based in Newry, Northern Ireland. Equally influential in the world of politics as he was in business, Lord Ballyedmond is renowned as only the second person in history - after the Marquess of Lansdowne in the 1920s - to have sat in the upper houses of both the British and Irish parliaments. His standing was such that the United States government was amongst the many to pay tribute to his remarkable accomplishments: “His achievements brought significant employment to Northern Ireland and other places around the world, while his philanthropic endeavours helped improve the quality of life of countless others.”

Inspired by the Regency and the neoclassical designs of British architect, Robert Adam and entranced by the salons of 18th-century London, Lord Ballyedmond transformed a once dormant property on one of London’s most prestigious squares into a modern evocation of a great Georgian town house, specifically designed to entertain on an ambassadorial scale. The collection presented here was the fruit of selective and judicious collecting, both at auction and from dealers, with an unmatched attention to the finest of details. Paintings, tapestries, porcelain, silver and furniture were all thoughtfully put together to create something which would enthrall and delight visitors to Belgrave Square.

The Ballyedmond Collection will be on view at Sotheby’s New Bond Street galleries in London from 19 to 23 May.

The Ballyedmond Collection Part II: Gentlemen’s Accessories Online, an online sale of gentlemen’s dressing accessories, will open on 23 May. Lord Ballyedmond was an elegant man and discerning collector; cufflinks, tie-pins and watches by great names including Cartier, Van Cleef and Arpels, Boucheron and Tiffany & Co. adorn this online offering with estimates ranging from £150 to £6,000.