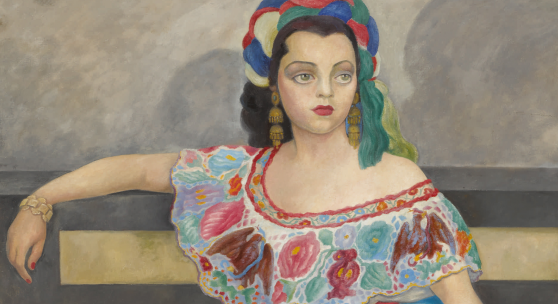 NEW YORK, 17 May 2017 – Sotheby’s is delighted to announce our Evening Sales of Latin America: Modern Art and Latin America: Contemporary Art on 25 May in New York.  Leading the Modern Art auction are Rufino Tamayo’s iconic The Bird Charmer (Encantador de pájaros) (estimate $3/5 million) and Diego Rivera’s arresting masterpiece, Retrato de la Actriz Matilde Palou (estimate $2/3 million). Both works appear in the market during a time of renewed interest in Mexican Modernism, with recent exhibitions at both the Philadelphia Museum of Art and the Dallas Museum of Art in the US, the Grand Palais in Paris, and at the Palacio de Bellas Artes in Mexico City.

Sotheby’s inaugural online sales of Latin America: Modern Art and Latin America: Contemporary Art, open now, will be exhibited in our York Avenue galleries, alongside works from both Evening Sales, beginning on 20 May.

A champion of modernism, Rufino Tamayo’s fervent apolitical approach to his work is among the artist’s defining attributes. Unlike his contemporaries, Tamayo shirked political activism and moved to New York at the peak of the Mexican Muralist Movement, knowing that his unpopular opinion would stifle his artistic progression in his homeland.

New York afforded Tamayo the artistic freedom to create some of his most iconic works, including The Bird Charmer (1945). The painting was exhibited during the artist’s fourth individual show at the famed Valentine Gallery in 1946, where it was acquired by distinguished collectors, John and Dominique de Menil. The title suggests Tamayo’s optimism following the War years, which is magnified by the subject joyfully playing an instrument, as birds fly in undefined infinity above.

In stark contrast to Tamayo’s apolitical work, Diego Rivera’s Retrato de la Actriz Matilde Palou is an emblematic representation of the artist’s steadfast “Mexicanidad”. Regarded as a one of Rivera’s finest portraits to have appeared at auction, the monumental work depicts the Mexican Golden Age film star in a relaxed pose, dressed in an elaborate costume flush with unmistakable Mexican symbolism. The portrait last appeared at auction in 1988 at Sotheby’s, and was exhibited for the first time in nearly 30 years this March at Sotheby’s Los Angeles.  Separate release available.

The sale’s Surrealist sequence is led by The Troubadour (El Trovador), a canonical example of Remedios Varo’s complex visual lexicon. Executed in 1959, the work is a poetic display of Varo’s remarkable creativity and the matrix of influences that serve as the foundation and iconography for her paintings, such as medieval history, Greek mythology, scientific reason, music and nature. In the present work, Varo situates a troubadour within a siren-esque boat surrounded by a striking dense forest and swarming birds—echoing the epic length of the Orinoco River, one of the largest river systems in the world, and its rich wildlife.
The work, filled with the awe and mysteries of the natural world, comes to Sotheby’s from The Estate of Henry Willard Lende, Jr. As an engineer, philanthropist and land steward, Mr. Lende found endless fascination in the natural world — a life-long passion made manifest in his enduring legacy: the 644-acre natural habitat laboratory known as the Cibolo Preserve.
Located just east of Boerne in Kendall County, Texas, the Cibolo Preserve is a unique cross-section of history and nature dedicated to research and education. Celebrated for its extraordinary natural beauty, among various other traits, the Preserve is an active area of study for scientists from the University of Texas at San Antonio, along with other respected institutions. The sale of The Troubadour serves to ensure the continuity of the Cibolo Preserve and maintain Mr. Lende’s promise to this remarkable landscape.

Painted in 1941, Wifredo Lam’s Portrait de Madame Nena Azpiazu emerged as the artist returned to his native Cuba, after 18 years abroad. His homecoming would mark one of the most prodigious turning points in his career as he rediscovered and reclaimed his Afro-Cuban identity and roots. The sale comes just months after the critically acclaimed exhibition of Lam’s work at Tate Modern.

Maria Luisa (Nena) Azpiazu, who frequented social circles of cultural giants such as Picasso, Igor Stravinsky, and Ernest Hemingway, commissioned the work from Lam in 1941, after which it remained in her collection for 50 years.