One Week of Sales Totals £631 Million at Sotheby's Worldwide 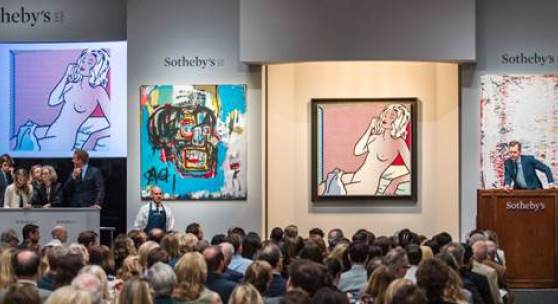 NEW YORK, 22 May 2017 – From 15–20 May, Sotheby’s conducted 14 auctions worldwide that totaled £631.3 million, matching the series’s high estimate, and with a very strong 87.5% of all lots sold. From 20th- and 21st-century art to magnificent jewels and rare wines, auction history was made throughout the week and across the globe.
Tad Smith, Sotheby’s President & CEO, commented: “Around the world with lots selling from less than $1,000 to over $110 million, last week was a very good one for Sotheby's clients, investors, staff, and even our competitors, and we toast all of them on great successes. And now we accelerate our momentum toward exciting sales this week in New York and London followed by great ones to come in Europe and Asia.”