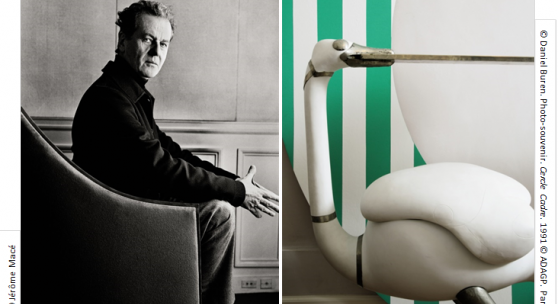 Paris, 19 June 2017: In autumn this year, Sotheby’s will offer property from the collection of Jacques Grange, the French interior designer renowned for his refined and eclectic taste. The sale comprises a mix of modern and contemporary art, 20th century design, photographs, antiques, 19th century drawings and Symbolist works, assembled with erudition, sensitivity and a light touch. Comprising 150 lots, the collection will be offered at auction in Paris on 21 November.

Cécile Verdier, Worldwide Co-Head of Sotheby's Design department and Vice-President of Sotheby’s France, said: "It's a huge pleasure to unveil Jacques Grange's personal collection to the public. Discovering his private world makes clear in an instant why the world's greatest collectors clamour to call on him: his interior is a joyous ode to colour and harmony, and as a collector himself, he reveals an unrivalled gift for living with art."

Housed in the Palais-Royal apartment that was once home to the novelist Colette, the collection has been continually renewed, enriched and re-thought. Each piece bespeaks the perfect taste and liberalism with which it was chosen, their arrangement in the apartment executed with a unique eye.

A passionate and cosmopolitan collector, Grange built his collection much like a travel diary, where every item of furniture, object, photograph, painting and sculpture is imbued with cultural references and evokes a memory, a discovery or an encounter.

Highlights from the collection will be exhibited at Sotheby’s: