Monumental Matador by Picasso - Unseen Since 1973 - to Make Auction Debut 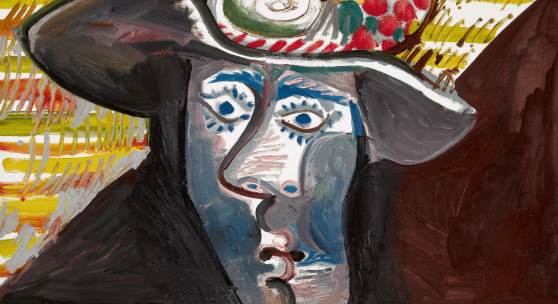 Pablo Picasso, Le Matador, oil on canvas, painted on 23 October 1970 (est. £14,000,000-18,000,000) Helena Newman, Global Co-Head of Sotheby’s Impressionist & Modern Art Department & Chairman of Sotheby’s Europe, said: ‘This powerful portrait exemplifies Picasso’s creative force in his final years and represents the culmination of a life-long obsession. Through the subject of the bullfight, Picasso explores the theme of life and death, creation and destruction, earth and sun, casting himself at the centre stage of the spectacle. We are thrilled to be presenting two prime examples of works by Picasso at his very best in one sale – Le Matador and Femme au béret et à la robe quadrillée (Marie-Thérèse Walter) – both from key periods of the artist’s career.’

London, 6 February – Monumental in scale, highly charged and painted in vivid colours, Le Matador is the culmination of a life-long obsession of Picasso’s that remained one of the most important themes throughout his career. The painting is a brilliant display of the virtuosity with which Picasso combined the complex elements that had shaped his life and art and stands as a defiant tribute to the heroic figure of the matador – embodying the artist’s own Andalusian machismo as the master of modern art takes centre-stage in the arena. Picasso had begun to feel that his time on this earth was running out, and so engaged in constant conversation with the great masters before him – Goya, Velasquez and Delacroix – following the traditions they had set in order to reinvent them and make a lasting mark. Appearing at auction for the first time, the work will be unveiled first in Taipei then New York before it is exhibited in London and offered in Sotheby’s Impressionist & Modern Art Evening Sale on 28 February 2018.

The bullfight became a symbol for the most public display of violence, bravery and ability and for Picasso its attraction certainly lay in its powerful contradictions: grace and brutality, entertainment and tragedy, and ultimately, life and death. This work is unique in conveying a human dimension that is lacking in many of the earlier depictions, with the matador’s stylised face and large, wide open eyes revealing a vulnerability and sense of mortality that reflect the artist’s own concerns. Unlike his other depictions of the matador from this period where the figure is depicted against a plain, monochrome background, this painting uniquely combines the image of the matador resplendent in an elaborate costume with that of the arena. The lower half of the background represents the sand of the bullfighting ring, with hundreds of spectators in the upper half. The experience of being taken to the bullring by his father at the age of eight had a strong impression on Picasso, and his first painting, Le petit picador jaune, was of a matador on a horse in the arena observed by the spectators behind him. It is all the more fitting that at the end of his life, he returned to the celebrated imagery of the bullfights that he had grown up watching. Despite leaving Spain to live in Paris in his youth, Picasso retained a sense of Spanish identity, and the matador was the character that allowed him to draw attention to his heritage. During the last years of the nineteenth century Picasso stayed in Madrid, where he copied the old masters at the Prado, and was no doubt influenced by Goya’s bullfighting scenes. Picasso’s personal memories became intertwined with his artistic heritage, and in this final series of matador portraits the ghost of Goya is strongly present. Le Matador was included in the exhibition of Picasso’s last great works, organised by Jacqueline at the Palais des Papes in Avignon shortly after the artist’s death in 1973 – presenting the closing period of his oeuvre on the historical walls of one of the most important medieval Gothic buildings in Europe.