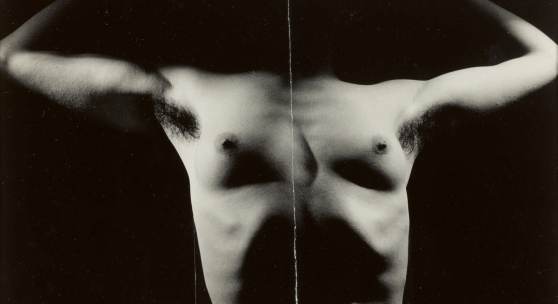 NEW YORK, 23 March 2018 – Sotheby’s spring auction of Photographs on 10 April in New York comprises a wide selection of exceptional works tracing the beginnings of the medium to innovations of the present day.  Of special note are masterpieces of early photography by William Henry Fox Talbot, E. J. Bellocq, experimental 1920s and 1930s photographs by Man Ray, Stefan Themerson, Pierre Dubreuil, as well as important contemporary works by Brigid Berlin, David Wojnarowicz, Vito Acconci, Cindy Sherman, Sandy Skoglund, Katy Grannan, and Thomas Demand. More than 160 works with estimates ranging from $1,000 to $250,000 will be on view in our New York galleries beginning on 4 April.

SURREALISM AND EUROPEAN MODERNISM
During the 1920s and 1930s, Man Ray experimented with imagery in which the sitter’s gender is intentionally ambiguous and, in some cases, the human body is wholly transformed into a sexually-charged object. In his 1933 interpretation of the Minotaur (estimate $150/250,000), Man Ray goes well beyond classic mythology, fashioning the bull’s head out of the shadowy contours of a woman’s body; her breasts act as eyes, the concavity of her stomach as mouth, and her raised arms as horns. Now an icon of Surrealism, Minotaur has been included in nearly every major modern exhibition about Man Ray and illustrated in all significant monographs on the artist. Though highly reproduced, no other print of this image has been located.

Pierre Dubreuil was one of the most inventive photographers in the early decades of the 20th century.  A technical master of the medium and a brilliant aesthetic innovator, Dubreuil continually experimented with the full range of photographic processes available to him. In La Cloche à Fromage (estimate $30/50,000) Dubreuil's use of light creates a visual vibration, echoing the literal translation of the title (The Cheese Bell).

AMERICAN MODERNISM
American Modernism is well represented throughout the sale, with rare photographs by both Edward and Brett Weston, and standout works by Ansel Adams, Harry Callahan and Minor White on offer.

At only 13 years old, Brett Weston had already started to absorb information on composition, while developing and printing for his father Edward.  While the repeated patterns and shapes found in natural subjects such as Untitled (Lily Leaf, Carmel) (estimate $30/50,000) held a special fascination for the young photographer,  Brett also turned his camera to man-made objects, capturing thoughtful abstractions and noteworthy tonal studies, as seen in Untitled (Truck Window, Deluxe U. S. Company, San Francisco) (estimate $12/18,000).

PHOTOGRAPHICALLY ILLUSTRATED VOLUMES
Comprised of 87 photographs, Mr. Clatterbuck (Maquette For A Photo Book On The Homesteads Resettlement Community At Flint Hill, Shenandoah Valley) is the result of a collaboration between artist Ben Shahn and Inslee A. Hopper, who were commissioned by the Treasury Department’s Section of Fine Arts under President Franklin D. Roosevelt to document the successful rehabilitation of the inhabitants of the Shenandoah Valley (estimate $25/35,000). The text by Hopper is a first-person narrative told from the point of view of the homesteaders, and the images are rare examples of Shahn photographs taken after the mid-1930s. No other prints, or similar book mock-ups with photographs by Shahn, are known.

Issued in 6 parts between 1844 and 1846 and comprised of 24 photographs, The Pencil Of Nature by William Henry Fox Talbot was the first photographically illustrated text to be commercially sold and the culmination of more than a decade of experimentation (right, estimate $150/250,000). This set of The Pencil of Nature comes originally from the collection of the photographer’s granddaughter. Only a handful of individual fascicles have appeared at auction since 1970.

In addition, the sale features a unique, handmade book of early photographs from Robert Frank’s time in Peru. Comprised of 39 photographs, Peru (estimate $100/150,000) reveals a documentarian’s expert timing, sensitivity, and a genuine fascination with the people encountered.  One of only two examples in existence, it belonged to Frank’s mentor, the art director Alexey Brodovitch and was later owned by another great American photographer, Joel Sternfeld.

RARITIES
Stefan Themerson is considered one of the most important 20th-century Eastern European Surrealist photographers and filmmakers. His entire artistic output was all but completely destroyed when the Nazis invaded Poland during World War II, thus the offering of  the artist’s photo collages comprised of film stills such as Enlarged Film Stills From Europa are extremely rare (estimate $20/30,000).

Rarely does one have the chance to acquire an early image by E. J.  Bellocq, the mysterious photographer of the red-light district of New Orleans. While another early print is in the collection of the Metropolitan Museum of Art in New York, Storyville Prostitute, New Orleans (right, estimate $50/70,000) is the only early print by the artist to appear at auction.