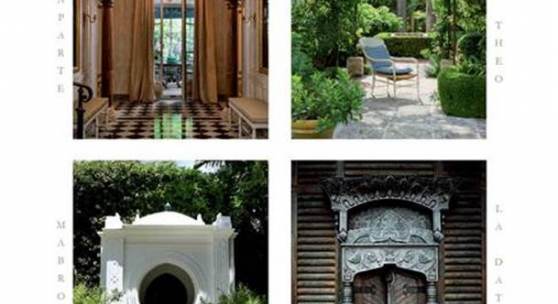 Paris, 7 June 2018 – In what is set to be one of the most hotly-anticipated highlights of this year’s auction calendar, Sotheby’s and Pierre Bergé & Associés will later this year offer for sale the extraordinary contents of the various homes of one of the most successful and cultured businessmen and aesthetes of our times.

Reflecting the broad-ranging interests, refined taste and voraciously curious mind of the collector behind them, the 800 lots to be offered span everything from Antiquity to Modern Art. Previously housed in Berge’s beautiful, and very distinct, homes in Normandy (‘the Datcha’), Provence (‘Mas Theo’), Morocco (‘Villa Mabrouka’) and Paris (Rue Bonaparte), they will be exhibited and sold in Sotheby’s newly-refurbished spaces at the Galerie Charpentier in Paris over the course of three days this autumn (29 - 31 October 2018). This will be followed, in December, with a fourth day of sales devoted entirely to the auction of books and manuscripts from Pierre Bergé’s legendary library. Further sales will be held in 2019.

True to Bergé’s instincts as a patron and philanthropist, a significant part of the proceeds from the sales will benefit the two foundations that meant so much to him: the Pierre Bergé – Yves Saint Laurent foundation in Paris, and the Fondation Jardin Majorelle in Marrakech.

An aesthete and astute businessman, with a powerful presence in politics and the media, Pierre Bergé (1930-2017) was also a renowned philanthropist, lover of literature and one of the most important collectors of his time. A man of the arts, he amassed, over more than fifty years, an eclectic collection encompassing everything from Antiquity to Modern art, including 16th and 17th century vanitas, orientalist paintings and antique furniture in addition to Islamic, African and Asian art. Not to mention, of course, Bergé’s legendary passion for books and manuscripts.

Central to the collection are ten paintings by Bernard Buffet which witness the two men’s intense shared history in the 1950s. Of exceptional quality, the works mark a watershed period in Buffet’s style and painting. They have always been in Pierre Bergé’s collection, but were recently loaned to two important exhibitions on Bernard Buffet: the retrospective at the Musée d’Art moderne de la Ville de Paris in 2016 and ‘Bernard Buffet. La collection Pierre Bergé’, at the Musée Estrine à Saint-Rémy-de-Provence. (14 April - 23 September 2018).

An entire auction - the fourth in a series of sales initiated in December 2015 - will be dedicated to the personal library of Pierre Bergé , comprising books and manuscripts dating from the 15th through the 20th century. While novels feature strongly, Bergé’s passion for philosophy, botany and garden design is also reflected in the sale which will include important illustrated books, such as Le Propriétaire des choses published in Lyon in 1486 and an extraordinary coloured edition of The Imagines, a collection of poetic essays describing myth-themed paintings by the Greek sophist Philostratus The Elder, issued in 1615.

The collection also sheds light on Bergé’s personal life, with books from his friends, Jean Cocteau, Jean Giono and Bernard Buffet and offers a unique insight into his life-long political commitment: Sébastien Faure’s Anarchist Encyclopedia was given to the young bibliophile by the widow of the author. (A separate press release on the library will follow.)

Madison Cox, President of the Fondation Pierre Bergé - Yves Saint Laurent (Paris), the Fondation Jardin Majorelle (Marrakech) said: “A passionate and voracious collector his entire life, Pierre Bergé had a unique, heartfelt and genuine relationship with the multitude of objects, books, and works of art with which he personally chose to surround himself. Recalling both distant or familiar places, as well as souvenirs of moments or periods of his life, Pierre had the greatest pleasure in sharing them with those intimate friends that he considered his extended family. Pierre continued to collect passionately and tirelessly until the very end of his life. The contents of his various residences, while well documented, remained part of his private universe towards the latter part of his life. It is with a great sense of responsibility that the decisions were made to share them at this sale, and to continue the Pierre Bergé legacy.”

Mario Tavella, Chairman of Sotheby’s France and Chairman of Sotheby’s Europe added: « Although I never had the opportunity to get to know Pierre Bergé well, this sale has allowed me to enter his world and discover with wonder his personality, exquisite taste, and the intellectual rigour that shines through all his choices. Yves Saint-Laurent once said : «People will speak of ‘Bergé taste’, just as now we talk about 'Noailles” taste'*”. This exact thought is the one I had as I first pushed open the doors of his homes in Paris, Normandy, Saint-Rémy and Tangiers. »

Antoine Godeau, President of Pierre Bergé & Associés said: “The sale of this collection fills me with emotion and nostalgia, but it means so much to me to work with Sotheby’s to celebrate the man who was my dear friend for so many years. Bernard Buffet’s works, in particular, tell the story of such an important – and lesser-known period in Pierre’s life.”

Pierre Bergé decorated each of his properties with a distinct identity in keeping with their history and ‘terrain’.