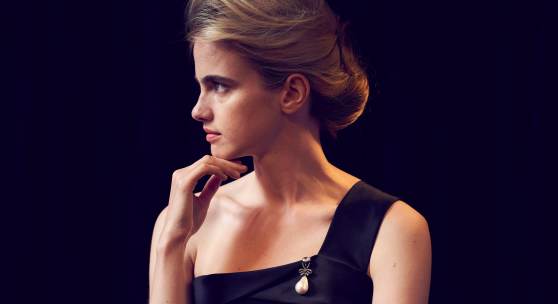 Geneva, 13 June 2018 – One of the most important royal jewellery collections ever to come to auction is set to capture the world’s imagination when it comes for sale at Sotheby’s in Geneva on 12 November 2018. Entitled “Royal Jewels from the Bourbon-Parma Family”, the auction will span centuries of European history, from the reign of Louis XVI to the fall of the Austro-Hungarian Empire, and will offer fascinating insights into the splendour of one of Europe’s most important royal dynasties. Descended from Louis XIV of France, the Holy Roman Emperors and from Pope Paul III, the Bourbon-Parma family is linked by blood to the most important ruling families of Europe - from the Bourbons to the Habsburgs. Members of the lineage include Kings of France and Spain, Emperors of Austria and the Dukes of Parma. This exceptional ancestry is evidenced in the extraordinary opulence and provenance of the pieces in the collection, led by a breath-taking group of jewels which once belonged to Marie Antoinette, ill-fated queen of France, which have not been seen in public for 200 years.

Daniela Mascetti, Deputy Chairman, Sotheby’s Jewellery Europe and Senior International Specialist: “It is one of the most important royal jewellery collections ever to appear on the market and each and every jewel is absolutely imbued with history. Never before seen in public, this extraordinary group of jewels offers a captivating insight into the lives of its owners going back hundreds of years. What is also striking is the inherent beauty of the pieces themselves: the precious gems they are adorned with and the exceptional craftsmanship they display are stunning in their own right.”

The Jewels of Marie-Antoinette

Never in the course of history has the destiny of a queen been so closely associated with jewels than that of Marie Antoinette. Her great love of pearls and diamonds is well-known and a number of historians have cited Napoleon’s view, that the so-called “affair of the diamond necklace” – a scandal which tarnished the queen’s reputation in 1785 – was one of the causes of the French Revolution[1].

The impressive ensemble of jewels to be offered this autumn has an extraordinary story. In March 1791, King Louis XVI, Marie Antoinette and their children began to prepare their escape from France. According to accounts written by Marie Antoinette’s lady in waiting, Madame Campan, the queen spent an entire evening in the Tuileries Palace wrapping all of her diamonds, rubies and pearls in cotton and placing them in a wooden chest. In the following days, the jewels were sent to Brussels, which was under the rule of the queen’s sister, Archduchess Marie-Christine and which was home to Count Mercy Argentau. The count, the former Austrian Ambassador to Paris, was one of the only men who had retained the queen’s trust. It was he who took delivery of the jewels and sent them on to Vienna, into the safe keeping of the Austrian Emperor, Marie Antoinette’s nephew.

In 1792, the royal family was imprisoned in the Temple tower. Louis XVI and Marie-Antoinette were executed by guillotine in 1793 and their 10-year old son, Louis XVII, died in captivity. The king and queen’s only surviving child, Marie-Thérèse de France (1778-1851), “Madame Royale”, was released in December 1795, after three years of solitary confinement. After learning of the deaths of her mother and brother, she was sent to Austria. Upon her arrival in Vienna in 1796, she was given her mother’s jewels by her cousin, the emperor. Having borne no children of her own, Madame Royale bequeathed part of her jewellery collection to her niece and adopted daughter, Louise of France (1819–1864), Duchess of Parma and grand-daughter of Charles X, King of France (1757-1836), who in turn left them to her son, Robert I (1848-1907), the last ruling Duke of Parma.

Renowned for her extravagance and the splendour and lavishness of her court, Marie-Antoinette is very often portrayed wearing pearls. A symbol of wealth and status since time immemorial because of their great beauty and rarity, natural pearls, were prized by the royal families of Europe in the 18th century.