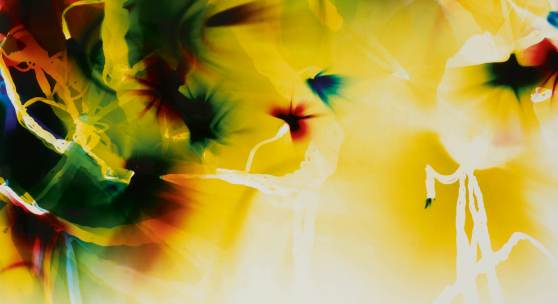 NEW YORK, 17 September 2018 – Sotheby’s is pleased to share highlights from our fall auctions of important Photographs in New York. Offering over 200 exceptional works spanning the 19th through the 21st-centuries, our two sales on 3 October celebrate the expressive breadth of the medium, with works estimated from $1,000 to $500,000.

Concurrent with these auctions, Sotheby’s is thrilled to present a retrospective selling exhibition of works by celebrated visual artist and photographer Michael Dweck. Michael Dweck: 15 Years commemorates the fifteen year anniversary of the artist’s last exhibition at Sotheby’s, and will showcase the four major bodies of work of the photographer’s career thus far.

We welcome seasoned and aspiring collectors to come visit us at our York Avenue headquarters beginning on 29 September to view our public exhibitions.

The sale is led by Aleksandr Rodchenko’s Girl with a Leica (Devushka S Leikoi) (estimate $300/500,000), a signed, exhibition-sized print of one of the photographer’s most enduring images, taken circa 1932-34. An adventurous composition of rhythmic lines, abstract patterns, and extreme angles, Girl with a Leica embodies the rigorous photographic Modernism that Rodchenko pioneered. Originally from the collection of the photographer and his wife Varvara Stepanova, it is believed that no other large early print of this image has been offered at auction.

American modernism is well-represented by several early prints by Edward Weston, including his iconic Nude on Sand (estimate $70/100,000), Pepper No. 14 (estimate $70/100,000), and ‘Wind Erosion Dunes at Oceano, California' (estimate $100/150,000), as well as an outstanding print of ‘Cement Worker’s Glove’ (estimate $15,000/25,000). Other significant photographs by Frederick Sommer, Ansel Adams, Walker Evans, and Paul Caponigro are also included.

Important 19th-century offerings include a group of 66 salt prints from the rare English printing of Egypt, Nubia, Palestine and Syria (estimate $60/80,000), Maxime Du Camp’s seminal survey of the Near East’s archeological sites taken between 1949 and 1951 on a trip with author Gustave Flaubert. Also featured is a rare quarter-plate daguerreotype of P. T. Barnum by Thomas Faris (estimate $20/30,000), the second daguerreotype of the famed showman to appear at auction in 25 years.

Among the highlights of fashion photography is Irving Penn’s 'Caviar, New York, Jan 18, 2001' (estimate $100/150,000), a delectable bird’s-eye view of the luxury food, originally commissioned for the March 2001 issue of Vogue. This photograph comes originally from the noted collection of Lars Hall (1938-2018), a longtime friend of Penn, who presented the photographer’s work in an early exhibition in Stockholm. A print of Caviar has never before been offered at auction. Also of note is a superb group of 10 lots by Herb Ritts, led by the iconic 'Stephanie, Cindy, Christy, Tatjana, Naomi' (estimate $60/90,000) and also includes portraits of Tina Turner, Denzel Washington, Michelle Pfeiffer, Richard Gere, and Kate Moss.

Leading the auction is Andreas Gursky’s arresting panorama Gardasee (estimate $80/120,000), an important early example in the artist’s dramatic landscape pantheon. Gardasee marks the photographer’s transition from his straight landscape photography made with a large-format camera to the large-scale, digitally-altered imagery of his mature oeuvre. The Düsseldorf School is further represented by several monumental architectural studies by Thomas Ruff, Frank Thiel, and Candida Höfer, as well as a mural-sized landscape by Wim Wenders.