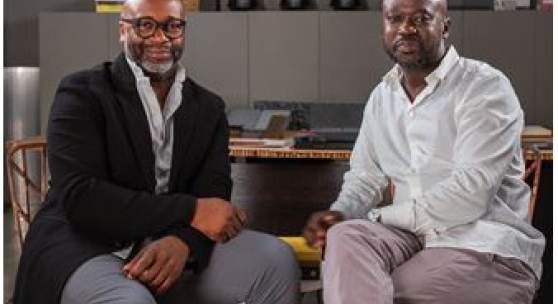 MIAMI, 1 October 2018 – Two of the world’s art and architecture stars, Theaster Gates and Sir David Adjaye, have collaborated with musician and activist, Bono, to curate the third (RED) Auction to support the fight against AIDS.

Centered on the theme of light and the color red, the collection of contemporary art and design will be auctioned by Sotheby’s during Art Basel in Miami Beach and Design Miami/ on the evening of 5 December 2018 – including global bidding that will be available live online and by phone. The auction will be preceded by a public exhibition presented by Gagosian at the famed Moore Building, which will open on World AIDS Day (1 December).

The December event follows two previous (RED) Auctions conducted by Sotheby’s, which together raised $68 million. The first, organized by Bono and Damien Hirst in February 2008, featured works donated by Hirst, Banksy, Anish Kapoor, Marc Quinn, Georg Baselitz and Howard Hodgkin, among others, and established 17 new auction records. The second, curated by Jony Ive and Marc Newson in 2013, offered important 20th- and 21st-century design, and attracted matching funds for the AIDS fight from The Bill and Melinda Gates Foundation.

To date, (RED) has generated more than $500 million for the Global Fund to support lifesaving HIV/AIDS programs in Africa. Proceeds from this year’s auction will continue to support community-based programs in Africa through the Global Fund to Fight AIDS, while also providing assistance to the HIV fight through community-strengthening programs in Chicago with the Rebuild Foundation – an organization championed by Theaster Gates.

Theaster Gates commented: “I like the idea of using art and culture to generate awareness and support for people to get healthy. There are amazing stories of what happens through access to life-saving anti-retroviral medication, but the fight is only at the halfway point. This is a dangerous time because people think AIDS isn't a threat anymore. We have to keep the pressure on and get new generations involved at home if we’re going to put an end to AIDS once and for all.”

Sir David Adjaye commented: “When Theaster called me, I was immediately in. Having the opportunity to champion an initiative that has this kind of direct impact is truly rewarding and I feel very humbled by the fact so many talented contributors and artists are joining us to shine a light on something that’s so fixable in our lifetime. While there is a significant progress that’s been made in the AIDS fight today, it’s still not enough. Africa is still very much affected – millions of lives, every day, are still threatened by an entirely preventable, treatable disease. It is unacceptable that the crisis is still ongoing. It needs to be eradicated.”

Bono commented: “David and Theaster are two of the most creative artists on this planet and with this epic auction they have trained their talents and tenacity straight at the heart of the AIDS epidemic. We’re grateful for their leadership which will raise millions of dollars to save lives and strengthen communities from Cape Town to Chicago.”

To date, (RED) has generated more than $500 million for the Global Fund to fight AIDS, Tuberculosis and Malaria, to support HIV/AIDS grants in Ghana, Kenya, Lesotho, Rwanda, South Africa, Swaziland, Tanzania and Zambia. 100 percent of that money goes to work on the ground – no overhead is taken. Global Fund grants that (RED) supports have impacted nearly 110 million people with prevention, treatment, counseling, HIV testing and care services.

ABOUT THE GLOBAL FUND
The Global Fund is a 21st-century partnership organization designed to accelerate the end of AIDS, tuberculosis and malaria as epidemics. Founded in 2002, the Global Fund is a partnership between governments, civil society, the private sector and people affected by the diseases. The Global Fund raises and invests nearly US $4 billion a year to support programs run by local experts in countries and communities most in need.

Working together, we have saved millions of lives and provided prevention, treatment and care services to hundreds of millions of people, helping to revitalize entire communities, strengthen local health systems and improve economies.