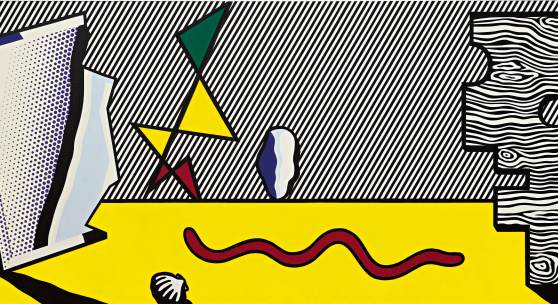 NEW YORK, 1 November 2018 – Sotheby’s is pleased to share highlights from our marquee Evening Auction of Contemporary Art in New York on 14 November 2018. The auction will commence with a selection of important works from the Collection of David Teiger, followed by incredible examples by iconic artists including Gerhard Richter, Jean-Michel Basquiat, Jasper Johns, Christopher Wool – and the first works by Georgia O’Keeffe to be offered in a Contemporary Art Evening Auction worldwide. The 65 lots on offer will open for public exhibition in Sotheby’s York Avenue galleries tomorrow, 2 November, as part of our signature exhibitions of Contemporary, Impressionist & Modern and American Art.

THE HISTORY OF NOW: THE COLLECTION OF DAVID TEIGER
Following our ‘white-glove’ auction of fine art from the collection of the late David Teiger at Sotheby’s London, the Evening Auction will open with 11 works from the personal collection of this visionary collector, patron and Museum of Modern Art, New York trustee. Proceeds from the collection will benefit Teiger Foundation – soon to be one of the world’s largest and most significant contemporary art foundations – which was set up to support and promote excellence in contemporary art. The upcoming offering showcases Teiger’s commitment to acquiring the best possible examples by artists he long championed, including Peter Doig, Mark Grotjahn, Elizabeth Peyton, John Currin and Dana Schutz.
<image005.png>

Unfolding before the viewer with the enigmatic charisma of a half-forgotten film, Peter Doig’s bewitching dreamscape House of Pictures stands as the ultimate testament to the painterly genius that has distinguished Doig as amongst the most significant and celebrated artists of his generation (estimate $8/12 million). Executed in 2000-2002, this iconic work has been included in a number of the artist’s most important retrospective exhibitions and widely illustrated as among the most celebrated pictures of his oeuvre.

Mark Grotjahn’s Untitled (Black over Red Orange “Mean as a Snake” Face 842) belongs to the artist’s series of Face paintings – an exemplary body of work that he began at the turn of the millennium, defined by his ongoing thematic preoccupation with faces and masks (estimate $6/8 million). Measuring over eight feet tall and six feet wide, the large-scale painting immerses viewers in an intricate, thickly layered labyrinth of paint, directing their eyes towards an infinite webbing of multicolored lines that simultaneously reveal and undermine their making.

GERHARD RICHTER’S MONUMENTAL MASTERWORKS
The November auction is led by a monumental, two-panel Abstraktes Bild by Gerhard Richter from 1987, estimated to sell in the region of $30 million. Together the panels measure over 102 by 157 inches – of the 18 works from this period in Richter’s career measuring over 100 inches in both height and width, only 5 remain in private hands. This painting has been held in the same private European collection since it was acquired from Galerie Liliane & Michael Durand-Dessert, Paris the year after its execution. Prior to Sotheby’s viewings this fall, the work had not been exhibited publicly for three decades, since its inclusion in the widely-acclaimed Carnegie International exhibition at the Carnegie Institute of Pittsburgh in 1988-1989.

Bursting with exuberant color, gestural dynamism and compositional complexity, Richter’s highly-expressive Schwefel (Sulphur) is another large-scale painting by the artist that will highlight the sale (estimate $12/18 million). Executed in 1985, Schwefel marks the genesis of the artist’s iconic Abstrakte Bilder series and embodies a critical period in Richter’s oeuvre, in which he shifts gears toward abstract painting and showcases his aptitude for composition and mastery of the medium.

FOUR WORKS SPANNING THE CAREER OF JEAN-MICHEL BASQUIAT
As the international art world celebrates the recent opening of the Fondation Louis Vuitton’s exhibition spanning the work of Jean-Michel Basquiat, Sotheby’s is pleased to present a group of four works by the artist emerging from the same distinguished private European collection that similarly charts his rapid rise to international acclaim throughout the 1980s.

Together, the collection affords a remarkably comprehensive overview of Basquiat’s celebrated career. The group is led by his Untitled (Pollo Frito) from the critical year of 1982, when he fully ‘arrived’ on the international art scene. Comprising two panels that together span 12 feet (3.05 meters) across, Untitled (Pollo Frito) is estimated to sell for in excess of $25 million (pictured above). The collection also offers: Taxi, 45th/Broadway, a collaboration painting with Andy Warhol from circa 1984-85 that was formerly in the collection of Gianni Versace (estimate $6/8 million); Untitled from 1982, a vibrant and densely-layered work on paper (estimate $1.5/2 million); and Untitled from 1988, a poignant monochromatic painting completed in the final year of Basquiat’s short life (estimate $2/4 million). Separate release available


Lot 24 Property from an Important Private Collection Roy Lichtenstein Figures signed and dated 77 on the reverse oil and Magna on canvas 44 by 100 in. 112 by 254 cm. Estimate $6/8 million
Sotheby’s Auktionshaus