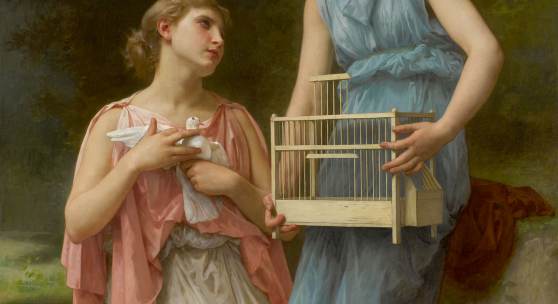 NEW YORK, 18 January 2019 – Sotheby’s auction of 19th Century European Art on 1 February 2019 will present over 200 works that reflect the rich diversity of artistic production of the period. Paintings by Rosa Bonheur, Virginie Demont-Breton and Elizabeth Gardner Bouguereau are among the highlights from The Female Triumphant – a group of masterworks by trailblazing female artists from the 16th through the 19th centuries, which will be offered across our Masters Week sales this January. The sale is further distinguished by William Bouguereau and Jules Breton’s portraits of rural life, Sir Lawrence Alma-Tadema and John William Godward’s epic visions on the Ancient world, and Pascal Adolphe Jean Dagnan-Bouveret and Jean Béraud’s views of life in the Belle Époque – many of which are from private collections and resurfacing at auction for the first time in over a century.

Open to the public on 25 January, the sale will be presented alongside Sotheby’s Masters Week exhibitions.

THE FEMALE TRIUMPHANT: WOMEN ARTISTS OF THE PREMODERN ERA
In the late nineteenth century, Paris invited innovation, experimentation and boundary breaking, yet the advancements made by women artists in the public sphere were met with challenges. Thanks to their irrefutable talent and perseverance, women certainly found success, as illustrated in the vital careers of the artists featured in The Female Triumphant, including Rosa Bonheur, Virginie Demont-Breton and Elizabeth Gardner Bouguereau. A precocious talent from a young age, Rosa Bonheur first exhibited at the Salon in 1841. Four years later, she presented Le labourage, and earned a third place medal for its characteristically meticulous craftsmanship and photographic realism (estimate $80/120,000). Her achievement not only cemented her as a success, but led to further commissions and ultimately the French Légion d’honneur, which was presented to her in 1865 and marked the first time a woman received the honor.

Elizabeth Gardner Bouguereau was one of the most accomplished Salon artists among expatriates in mid-nineteenth century Paris and in 1887 had the distinction of becoming the only American woman to receive a Salon medal. In addition, Gardner’s personal and professional attachment to her husband William Bouguereau was instrumental in establishing her style and in marketing her work such as La captive, exhibited at the Salon of 1883 (estimate $250/350,000), and Les trois amis (estimate $250/350,000).

Virginie Demont-Breton enjoyed an artistic upbringing and cultivated her talent from an early age, having trained under her father, Jules Breton, who work is also represented in the auction. Winning Demont-Breton’s first medal at the Salon of 1881, Femme de pêcheur venant de baigner ses enfants is the artist’s earliest masterpiece, propelling her distinguished career as a painter and as a pioneering advocate for women artists (estimate $100/150,000). In 1894, Demont-Breton was the second woman in France to be awarded the Légion d’honneur and from 1895-1901 served as the president of the Union des Femmes Peintres et Sculpteurs where she was instrumental in the fight to grant women entrance to Paris’ École des Beaux Arts.

WILLIAM BOUGUEREAU: MASTER OF FRENCH ACADEMIC PAINTING
A selection of 10 works by William Bouguereau will be highlighted by Le livre de prix, one of the finest canvases of the artist’s mature period to come to auction (estimate $1/1.5 million). The young girl in the present work is Yvonne, one of the artist’s favorite models, who appears in many of Bouguereau’s compositions from 1893. Formerly in the collection of Henry May, Vice President and General Manager of the Pierce-Arrow Motor Company, the work has remained in the same family’s collection for over 100 years. Known only through a black and white photograph from Bouguereau’s studio, its presentation today marks an important and long-awaited rediscovery.

Also featured in the January sale is Bacchante from 1894 (estimate $600/800,000). The painting was likely inspired by the mythological subjects favored by many nineteenth century artists, including Bouguereau’s English contemporaries Sir Lawrence Alma-Tadema and John William Godward. The woman in the present work, a Dionysian devotee, belongs to a series the artist referred to as "fantasy paintings,” a theme that the artist established through earlier works that illustrate Classical narratives.

JULES BRETON: THE PAINTER OF PEASANTS
The January sale features four exceptional works spanning three decades of Jules Breton’s career. La Glaneuse is a recent discovery, compelling a renewed appreciation of the pivotal production of the self-proclaimed "painter of peasants’" early oeuvre (estimate $150/200,000). Known for his Realist, rural landscapes populated by shepherdesses, harvesters and gleaners, the atmospheric tour-de-force of Le Matin (estimate $400/600,00) received widespread admiration upon its exhibition at the Salon of 1883, while La Falaise’s enigmatic subject of a peasant girl looking out to sea has captivated audiences since the late 1870s (estimate $200/300,000).