The Highest-Estimated Wine Auction in History at Sotheby's Hong Kong 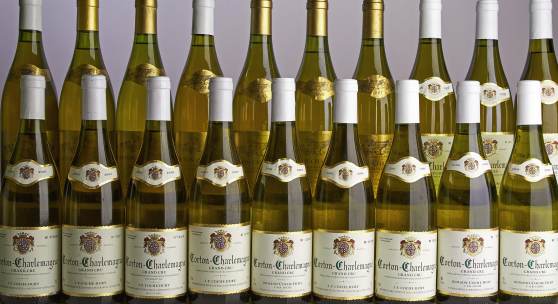 (Hong Kong, 28 Jan 2019) Sotheby’s is proud to present Tran-scend-ent Wines, the highest-estimated wine auction in history, from 29 to 31 March 2019, in Hong Kong. Estimated to bring HK$147-206 million / US$19-26 million*, the three-day sale will offer 2,704 lots (16,889 bottles of wines) from the extensive private cellars of The Transcendent Collector, featuring the finest producers from Burgundy, Champagne, Rhône, Bordeaux, and Italy.

Tran-scend-ent Wines is the most significant single-owner wine sale ever held, bringing to the market in unprecedented breadth and depth some of the greatest names in the wine world. A true pioneer, the Transcendent Collector honed his tastes at an early age, choosing to focus on wines that he loved and appreciated. This passion and vision to seek out the very best has culminated in a collection on a scale the like of which has never been seen before.

“With Sotheby’s Wine’s annual worldwide sales surpassing US$100 million in 2018, we continue to focus on offering outstanding single-owner wine collections, and it is with great anticipation that we present Tran-scend-ent Wines, the highest-estimated wine collection ever to be seen at auction, anywhere in the world.”

The sale will offer a broad range of the greatest Burgundies, featuring over 250 lots of Domaine de la Romanée-Conti encompassing five decades, including La Tâche 1953 and Montrachet from 1972 to 2006. The collection also boasts over 80 lots of Maison and Domaine Leroy, featuring La Romanée 1953 and 1962 from Maison Leroy, 20 cases of Grands Echézeaux 1959 Maison Leroy, and 6 cases of Echézeaux 1966 Maison Leroy.

An outstanding offering of over 600 lots of Domaine Coche-Dury forms the most complete ‘library’ of Coche-Dury to be seen at auction, the number of bottles potentially exceeding stocks held by the winery. The line-up includes over 200 lots of Corton Charlemagne from 1988 to 2012, over 170 lots of Meursault, Perrières from 1982 to 2014, over 90 lots of Meursault from 1989 to 2015, in addition to other famous Meursault vineyards such as Caillerets, Les Chevalières, Geneverières, Rougeots, and Puligny Montrachet Les Enseignères.

The sale is also distinguished by a strong collection of the greatest Rhônes, featuring over 140 lots of Guigal including the legendary 1985 vintage and the debut 1978 vintage from La Landonne, as well as other highly sought-after producers such as La Mouline and La Turque.

Historic First Growth Bordeaux going back through the decades is highlighted by La Mission Haut-Brion 1945 and 1959, Mouton Rothschild 1945, Lafite 1961, and Latour 1959.

“We have witnessed strong momentum in the Asian wine market, with its voracious appetite for the very best wines. Tran-scend-ent Wines epitomizes a modern wine cellar from a new wave of enlightened collectors, and will offer wine lovers from the region and beyond the opportunity to acquire wines of impeccable quality in substantial quantities. I look forward to presenting this important collection in Hong Kong, Asia’s capital of wine.”