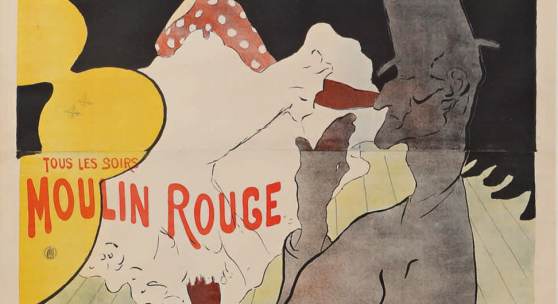 NEW YORK, 15 April 2019 – Sotheby’s is pleased to share highlights from our upcoming spring auction of Prints & Multiples in New York on 29 & 30 April 2019. The auction brings together pivotal examples of 20th Century printmaking, illustrating every medium and beautifully representing seminal genres such as Expressionism, Minimalism and Pop across the 250+ works and over a dozen complete sets on offer. Sotheby’s will hold a public exhibition in our New York galleries, opening 25 April.

Heralded as a vital contribution to post-war American prints, Willem de Kooning’s Litho #1 (Waves #1) (Graham 2) marks the first time that an impression of this print will appear at auction in over two decades (estimate $300/500,000). The present masterwork is de Kooning’s first serious foray into printmaking, created during a visit to the printmaking studio of the University of California, Berkeley. Larger in scale than most prints of the era and extraordinarily impactful, Litho #1 (Waves #1) achieves depth and texture in the sweeping strokes of ink that contradicts its two-dimensionality, and the remarkable composition is imbued with the same force the artist had already mastered in his paintings.

One of the most seminal and ground-breaking artist books of the 20th century, Jazz distills all of Henri Matisse’s essential artistic qualities, combining both simplicity in form and sophistication in technique (estimate $700,000/1 million). While living in Venice from 1943-44, Matisse was unable to paint or draw as freely as he once had due to his ailing health, and consequently returned to the cut-out technique he developed years prior, in preparation for his iconic mural commissioned for the Barnes Foundation in Pennsylvania. Dubbing the process as ‘drawing with scissors’, the artist used large shears to create cut-outs, which became a new medium unto themselves and laid the groundwork for a new chapter of his artistic output that would define his later career.

Drawing inspiration from both folklore and the circus, Matisse originally intended to title this series Le Cirque. Although unrelated to the subject matter, his publisher suggested the title Jazz, which Matisse welcomed for the connection it implied between art and musical improvisation.

Just in time for the 50th anniversary of the Apollo 11 moon landing in July 1969, the expansive selection of prints by Andy Warhol is highlighted by two unique trial proofs of his Moonwalk – among the final works that the artist created prior to his death in 1987 (estimates $150/250,000 each). Intended as part of a portfolio entitled ‘TV’ that would depict important images from the history of television in America including subjects such as ‘I Love Lucy’, Martin Luther King Jr.’s ‘I Have a Dream’ speech, and the Beatles’ first appearance on The Ed Sullivan Show, Moonwalk was the only composition from the series that was ultimately printed.

Despite the portfolio’s focus on the influence of television, the photographic basis of the work is an image that never appeared on TV, rather than a still from the live broadcast of the first moments on the moon. Warhol combined two separate photographs of Buzz Aldrin and the American flag and both NASA stills taken by Neil Armstrong to create the screenprint. The resulting composition is an iconic element of Warhol’s printmaking that illustrates not only lasting impact of the moon landing but also the artist’s own profound effect on American visual culture.

Coinciding with the 100th anniversary of the founding of the Bauhaus school, the Prints & Multiples auction features an exceptionally rare and complete portfolio of works by each of the Masters of the Bauhaus in Weimar: Bauhaus Mappe I (estimate $150/250,000).

In 1921, the Masters of the Bauhaus in Weimar announced a plan to produce five print portfolios representing the most significant artists in Germany, France, Holland, Italy and Russia, with the dual aims of securing greater financial independence and gaining broader recognition for the Bauhaus and its ideas. By 1923, four of the portfolios were published, but the project for the second portfolio dedicated to French artists was abandoned due to postwar tension and economic difficulties. As a result of limited commercial success and many copies of the edition being lost from the destruction of “degenerate art” by the Nazis, complete portfolios are extremely rare today.