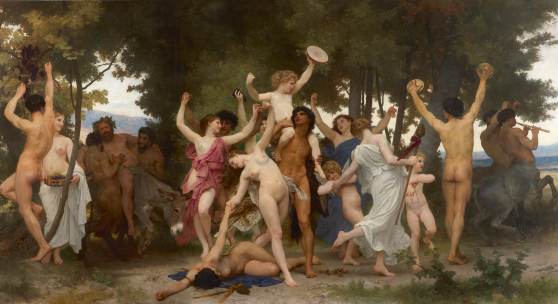 Irvin Levy was a towering leader in Dallas based business and philanthropy circles. Born into a family that thrived in the city’s business environment, he joined his two brothers to transform their company into an international business, NCH Corporation. Irvin’s interest in art was spurred in part by his first wife, Meryl. The couple formed a striking collection of Impressionist and Post-Impressionist paintings, from which a selection are included in the May Evening Sale. The couple not only lived with art, but also involved themselves in the growth of their city’s museum, The Dallas Museum of Art, where Irvin served for 43 years, 12 of which were spent as President or Chairman. After Meryl’s death, Irvin married Joan Schnitzer, and together the couple began to acquire contemporary paintings that not only to complemented their new modernist home in Turtle Creek, but also provided a compelling dialogue when displayed alongside their Impressionist works. Contemporary highlights from the collection, which will be presented across our marquee auctions of Contemporary Art this May, include expressive examples by Willem de Kooning, Joan Mitchell, Robert Rauschenberg, Gerhard Richter and Helen Frankenthaler.

WATCH: How the Nicest Man in Dallas Built a Joyful Art Collection

PROPERTY FROM THE BAKWIN COLLECTION

New York-based pediatricians Dr. Ruth Morris and Dr. Harry Bakwin spent their free time frequenting galleries and museums, and traversing the continent of Europe in their cultural pursuits. The pair befriended dealers, art historians and art critics including Walter Pach and Ambroise Vollard, who provided guidance and advice as they began collecting. Perhaps more notably, the Drs. Bakwin developed personal relationships with many of the artists whose works they acquired.

Sotheby’s May offering of works from the Bakwin Collection are led by a group of four works that belonged to E.M. “Pete” Bakwin, the eldest Bakwin child and a pioneer of the Chicago banking world. Paul Cézanne’s painterly L’Oncle Dominique en casquette is an exquisite early work from the artist’s first developed portrait series (estimate $2.5/3.5 million). The energy and vigor of the brushstrokes are echoed in Chaïm Soutine’s masterpiece La Femme en rouge (pictured right, estimate $6/8 million) as well as in Georges Rouault’s richly pigmented double-sided Deux prostituées & Filles (estimate $200/300,000). Paul Gauguin’s intoxicating Femme caraïbe pinpoints the moment when the artist came into his own, incorporating elements from faraway lands into a lyrical homage to Vincent van Gogh – with whom he had lived with just a short time prior – set in a field of dancing sunflowers (estimate $4/6 million). Also on offer from the Bakwin Collection is an impressive selection of works by Georges Braque, Kees van Dongen, André Derain and Maurice Utrillo, which will highlight our Impressionist & Modern Art Day Sale on 15 May.

In addition to Meules, the Evening Sale features two works by Claude Monet that have descended through the collection of Raymond Nacenta, former owner of Galerie Charpentier in Paris, since they were acquired in 1942. The idyllic agrarian subject matter of both Prairie, ciel nuageux from 1890 (pictured left, estimate $6/8 million) and La Prairie fleurie from 1885 (estimate $4/6 million) encapsulates the central focus of Monet’s career towards the end of the 19th century, when he divorced himself from painting urban scenes and the banlieue of Paris, and devoted himself fully to his beloved countryside. Having initially moved his large family to the rural hamlet of Giverny in the spring of 1883, the artist found a renewing retreat where he could dedicate himself to his explorations of the natural world. These vibrant landscapes exemplify the artist’s lifelong commitment to painting en plein air, and the constant exploration of the effects of weather conditions and light on the setting.

Painted in 1941 at Champrovent, Haute-Savoie, Balthus’ Étude pour “Le Salon” encapsulates the recurrent themes of adolescence and nonchalance depicted throughout his oeuvre (estimate $2.5/3.5 million). The present work is a study for two monumental canvasses of the same subject, both titled Le Salon. The artist’s study and its related versions were inspired by his friend Pierre Leyris’ farmhouse at Champrovent, where Balthus and his wife stayed between 1940-42 after his demobilization from the army, and where the present oil was painted. Georgette, the thirteen-year-old daughter of the farmer at Champrovent, served as the model for both figures in this painting. Seen sleeping on the sofa, she is the image of fantasy and carefree abandon. Before finishing the first iteration of Le Salon  in 1943, Balthus completed a second, more detailed version of the subject in 1942, now at The Museum of Modern Art in New York.