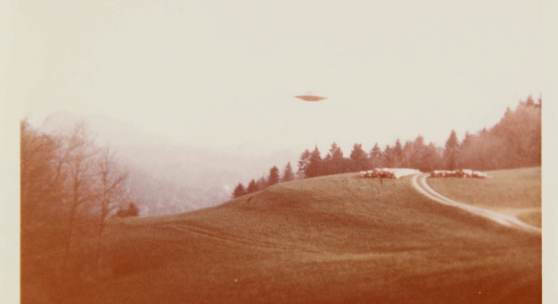 NEW YORK, 20 November 2019 – Sotheby’s is thrilled to present our inaugural online-only auction dedicated to Space Photography. Open for bidding from 25 November through 2 December 2019, the sale commemorates the conclusion of the 50th anniversary of the historic Apollo 11 lunar landing in July 1969. The landmark was also celebrated by Sotheby’s earlier this year with our annual Space Exploration sale, which was highlighted by the best surviving NASA videotape recordings of the Apollo 11 moon landing that achieved $1.82 million.

Spanning nearly a century until 1990, the photographs on offer in the sale illustrate the story of the momentous events leading up to Neil Armstrong’s first step on the moon and the continued development of the space program that followed. The auction features photographs from the personal collection of Bill Taub, NASA’s first senior photographer, a set of vintage official NASA “Red Number” images, lunar orbiter photographs and a number of highly publicized “UFO” photographs taken by "Billy" Eduard Albert Meier, founder of the Free Community of Interests for the Border and Spiritual Sciences and Ufological Studies.

NASA “RED NUMBER” PHOTOGRAPHS
The core of the sale is comprised of the vintage NASA photo collection of photography collector and dealer Philip Kulpa. Chronicling the history of the United States space program from Gemini 4 through the shuttle missions, the collection features 140 photographs, which are primarily “Red Number” images – official prints labeled with ‘NASA’ and the mission name or number in red ink. Some of the most iconic images of the American space program are included in the Kulpa collection including: Buzz Aldrin at Tranquility Base, man’s first footprint on the moon, Apollo 11 liftoff from the Kennedy Space Center, a view of the earth rising from the lunar surface, Commander John Young's famous jumping flag salute and many more.

PHOTOGRAPHS FROM THE ESTATE OF BILL TAUB
On offer in the sale is a selection of images from the estate of Bill Taub, NASA’s first senior photographer, who covered every major NASA event from the beginning of Project Mercury to the end of Apollo. A skilled photographer with an artistic eye, Taub’s photographs capture many of NASA’s most significant figures and moments with a sense of style and intimacy. While Taub's images are world famous, what is less known about his work is that he wrote the press captions appearing on the back of the photographs, making him not only a brilliant photographer, but also one of the great chroniclers of the United States Space Program. Highlights from his estate include striking portraits of NASA astronauts preparing for their respective missions such as Virgil “Gus” Grissom from Mercury-Redstone 4, Charles “Pete” Conrad from Gemini 5, Wally Schirra from Gemini 6 and Frank Borman from Gemini 7 among others.

“UFO” PHOTOGRAPHS
Photographed by Swiss-born "Billy" Eduard Albert Meier, who is the founder of the Free Community of Interests for the Border and Spiritual Sciences and Ufological Studies, these images purport to have captured moments of interstellar human contact by aliens. Meier claims that starting in 1942, at the age of 5, he was first contacted by extraplanetary figures, and he maintained regular contact with them throughout his life. The present series of photographs were taken by Meier in Switzerland in the spring of 1976, and are among the most highly publicized and well-documented images of UFO phenomena ever recorded. In particular, one of the photographs from lot 214 (estimate $6/9,000) was used as the background of the famous “I Want to Believe” UFO poster from the hit sci-fi series The X-Files, which was featured prominently in the office of FBI Special Agent Fox Mulder (played by David Duchovny). The sale also includes two additional Meier photographs that were used in the series trailer for the 2016 re-boot of the show.

LUNAR ORBITER PHOTOGRAPHS
From 1966-75, NASA launched five unmanned Lunar Orbiters to photograph the surface of the moon, with the intent of scouting locations for Apollo landing sites. Not only was the achievement of guiding the spacecrafts to their lunar destinations a miracle of engineering, but the process of photographing and relaying the images back to earth was an unprecedented technological feat. The resulting photographs captured the stark and startingly beautiful surface of the moon, as well as breathtaking views of the earth that had never been seen before (lot 2, estimated $4/6,000). The orbiter also documented the first oblique view of the lunar surface, dubbed “The Picture of the Century” by Life Magazine (lots 3 & 4, estimate $3/5,000 each), among several other images that captured the popular imagination at a time when space exploration was a new and exciting initiative.


"UFO" Photograph,"Billy" Eduard Albert Meier As seen in the “I Want to Believe” UFO poster from the hit sci-fi series The X-Files
Sotheby’s Auktionshaus