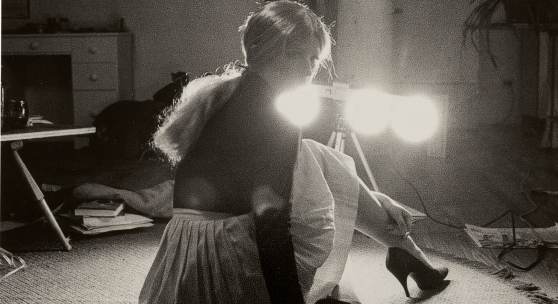 NEW YORK, 24 February 2020 – Today Sotheby’s unveils highlights from our Contemporary Curated sale on 6 March in New York. This season, we are honoured to welcome guest curator Kim Jones, one of the fashion industry’s preeminent voices who currently serves as Artistic Director for Dior Men Ready-to-Wear and Accessories. As the curator, Jones lends his celebrated eye to select his favourite works from the 250+ lots on offer. His selections include outstanding works by Cindy Sherman, David Hockney, Ed Ruscha, Kerry James Marshall, Nick Cave and Richard Prince, among others, reflecting his unique taste and distinct vision.

The March sale presents an extraordinary selection of pieces spanning the past seven decades of art history, anchored by exceptional artworks from some of the 20th and 21st century’s greatest creative voices, such as Wayne Thiebaud, Joan Mitchell, Lee Bontecou, John McCracken, Simone Leigh, Yoshitomo Nara and George Condo. Further distinguishing the March offering, an impressive ensemble of works from renowned private collections will also be on offer, including the collection of Robert A. Bernhard, the Levy Family collection, the collection of Pat and Michael York and the collection of Marc Jacobs. An exemplary assortment of Latin American post-war and Contemporary artists, ranging from Carlos Cruz-Diez to Fernando Botero and Olga de Amaral are also represented in the March offering.

THE CURATOR
“Both fashion and art are within culture, and I draw inspiration from both. And it’s an organic relationship for me. From the beginning of fashion, designers work with artists and artists work with designers, it kind of goes hand in hand.” Kim Jones

Born in London in 1979, Jones attended London’s prestigious Central Saint Martins College of Art and Design where he obtained an MA in Menswear. His graduation show was covered extensively by the press which convinced him to launch his eponymous brand and his first collection was presented at London Fashion week in 2003. Following a stint as designer for British high street sportswear brand Umbro, Jones followed with designs for Britain’s Topman, Mulberry, Alexander McQueen, Alfred Dunhill and others where he injected his own vibrant mix of high fashion and street style into classic English menswear. Jones joined Louis Vuitton in 2011 as Men’s Studio Director and presented his last collection in January 2018.