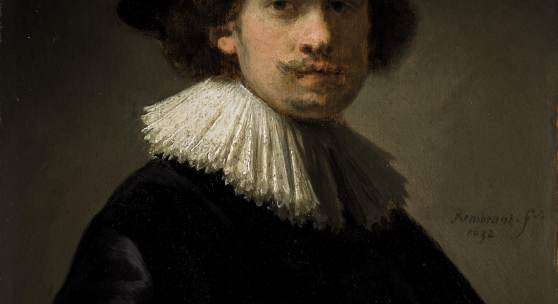 LONDON, 8 July 2020 - Sotheby’s today announced the second headline work of its major cross-category summer evening auction, which will take place in London on 28 July. Gerhard Richter’s Wolken (fenster) (Clouds (window)) will appear with an estimate of £9-12 million ($11.25-15 million). Spanning more than four metres in length, the immersive skyscape will be on view to the public in Sotheby’s New Bond Street galleries from 23-27 July (34-35 New Bond Street, W1S 2RT).

A glorious panoramic view of the clouds, Richter’s subject draws on a long and familiar artistic legacy, from heavenly Renaissance frescoes and the sequential panels of church altarpieces, to John Constable’s cloud studies, J.M.W. Turner’s atmospheric skyscapes and the Romantic sublime landscapes of Caspar David Friedrich. Nevertheless, in 1986 Richter referred to his landscapes as ‘cuckoo’s eggs’ for their misleading nature; where many artists have used clouds as a symbol of the divine, Richter’s clouds do not suggest the existence of any heavenly being beyond.

Instead, Richter’s skyscape reinvents the sublime landscapes of his predecessors, channelling their works into a new contemporary vision, in an effort establish a legitimate place for painting in the post-photo age. The resulting abstract, almost minimalist work, is painted not from life but from a photograph. In Richter’s eyes, clouds were nature’s own form of abstract painting. It was the act of painting a photograph of the naturally abstract clouds that bridged the gap between Richter’s black and white photographic studies of the 1960s, and his famously abstract squeegee-paintings of the 1980s.

From Rembrandt, ‘the first modern painter’, to Richter, who has earned his position as one of today’s great contemporary artists by drawing upon the inheritance of the past, this auction will span over 500 years of art history, drawing the Old Masters together with 19th century, Impressionist, Modern and Contemporary artists.

Emma Baker, Sotheby’s Contemporary Art Department, said: “Standing in front of this work is like standing before the panels of a church altarpiece, while simultaneously looking through the panoramic top floor window of a skyscraper. Richter unites aspects of the traditional and the contemporary in such a brilliant way.

Painted in 1970, Clouds comes from a deeply important period in the artist’s life, after the black and white photo paintings of his early career, and just before he masters abstraction in the 80s. Whereas these later Abstraktes Bilder have enjoyed a decade of glory in the limelight, it is lesser known series like these clouds which are now catching the eye of collectors, bringing a breath of fresh air to the market. This is really a moment of reassessment for Richter, who is such an impressive artist, and who turned his hand to so many seminal series and subjects, but who was always focused on one goal - to find a space for painting in the contemporary moment. In a sale which encompasses a vast spectrum of art history, it is a gift to have a titular work which embraces the ambitions of art’s forefathers, and yet is so contemporary in itself. The result is as aesthetically glorious as it is weighted in Richter’s lifelong artistic mission.”

Andrew Fletcher, Sotheby’s Old Master Paintings Department, said: “Richter’s Wolken (fenster) is the perfect bookend to this ground-breaking sale, for it looks back 500 years to the polyptychs of the Renaissance, to the huge, billowing skies of the Dutch Golden Age and the romantic cloud studies of Constable; to the magisterial, proto-abstract visions of Turner and the poetic landscapes of his countryman Caspar David Friedrich that are, like Wolken (fenster), so contemplative of nature. The list of celebrated artists who have sought to immortalise the ephemeral beauty of the clouds is endless.

In this sale, a coastal scene by the Dutch master Jan van Goyen bears unmistakable similarities to Richter’s own rolling skyscape – his rain-filled, wind-beaten clouds occupying over two thirds of the panel such that they become the subject itself. To my mind, in his Wolken (fenster) Richter was undoubtedly influenced but the huge skies of Van Goyen and Jacob van Ruisdael.

I’m excited to see Van Goyen’s coastal scene hang side by side with Richter in our galleries, and alongside the other eponymous pillar of this auction – perhaps the most influential painter of all - Rembrandt. Known for his obsessive visions of self, Rembrandt surely presents the perfect juxtaposition to Richter who, as Emma so brilliantly put it, looked back through the annals of art history to reinterpret the masterpieces of his forefathers, in all his abstract glory.”

A deeply important facet in the evolution of Richter’s career, many of the Cloud Paintings reside in prestigious collections worldwide, including The Museum Folkwang, Essen, Fondation Carmignac in Paris, and The National Gallery of Canada in Ottawa.