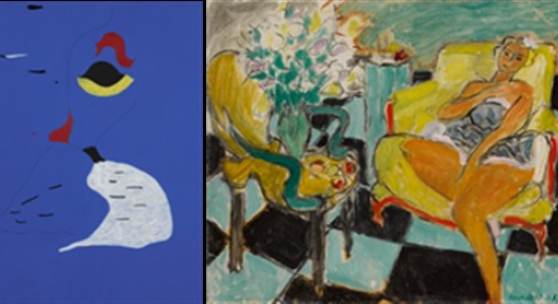 This summer, Sotheby’s London will present a one-off auction and exhibition that spans over half a millennium of art history. From Rembrandt, ‘the first modern painter’, to Richter, who has earned his position as one of today’s greatest contemporary painters by reinterpreting the masterpieces of his forefathers, the sale will offer the very best from Old Masters, Impressionist & Modern Art, Modern & Post-War British Art and Contemporary Art – travelling through the Italian Renaissance and the Dutch Golden Age, to the revolutionary birth of Modernism, and the invasion of Pop Art and Post-modern Abstraction.

The exhibition opens to the public in Sotheby’s New Bond Street galleries today, with many of the works on view for the first time in decades. They will be hung in such a way as to illuminate the often-unexpected connections between artists and periods, shining a spotlight on the various threads that run through Western art history.

“This auction brings together spectacular works by some of the greatest names in art history – artists who re-wrote the rule book – and, with the global art world calendar having shifted, we too have seized the opportunity to do things differently. As a new generation of collectors show less concern with the traditional art market categories of the past, this is a sale without boundaries for those collectors who look for the best of the best, regardless of where or when the artworks were made. Following the success of our recent New York auction in June, live-streamed in real-time across the world, and strong success in Hong Kong last week, we are excited now to be presenting another great offering to the world’s hungry market in London.”
Helena Newman, Chairman of Sotheby’s Europe