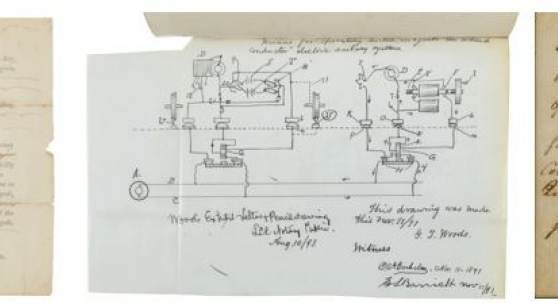 The Exceptional Selection of Books, Letters, Archives, Newspapers, Broadsides & More Is On Offer From the Eric C. Caren Collection

HIGHLIGHTS INCLUDE:
Frederick Douglass’s Famous 1852 Abolition Speech
Printed In His Own Newspaper

Records of African American Soldiers In The Continental Army,
Including Land Grant In Recognition of Service

NEW YORK, 14 July 2020 – Sotheby’s is pleased to share highlights from our Fine Books & Manuscripts online auction, currently open for bidding through 21 July, which features an exceptional selection of books, letters, archives, newspapers, broadsides, and other printed and manuscript artifacts from the Eric C. Caren Collection, illustrating “How History Unfolds on Paper.” The collection features a remarkable trove of documents that chronicles African American history across three centuries, from the American Revolution to the fight for abolition before the Civil War to the early Civil Rights Movement of the 20th century, and much more.

AFRICAN AMERICANS AND THE AMERICAN REVOLUTION

Two of the major themes that run through these historical materials are the American Revolution and the contributions of African Americans to American history. These two topics are linked in a remarkable 1783 document (estimate $10/15,000) that brings together a signer of the Declaration of Independence and a free Black man—whose forebears had been slaves—who volunteered for service in the Continental Army. Daniel Cumbo served as a private for three years in the Virginia Continental line, and when Independence had been won, Virginia Governor Benjamin Harrison, who had signed the Declaration of Independence as a Virginia delegate to the Continental Congress in 1776, certified that Cumbo, like other veterans of the Continental Army, was entitled to a grant of land in recognition of his service.

Other African American patriots of the Revolution are recognized in a series of weapons receipts issued by the Selectmen of Natick, Massachusetts, less than a month after the Battles of Lexington and Concord in April 1775, the first battles of the War for Independence (estimate $10/15,000). The document lists 11 troops, at least six of whom were Native or African American, and spotlights the significant contributions of the approximately 9,000 African Americans who served for the Continental Army.

The Caren collection also includes several other significant pieces related to the American Revolution, including a Continental Congress commission, signed by John Hancock, which was issued to Major General Benjamin Lincoln (estimate $30/50,000). The commission is the most significant Continental Army appointment in private hands, and one of the most consequential made during the course of the Revolution; it was General Lincoln who accepted the British surrender at Yorktown. The sale also features numerous contemporary accounts of the Boston Massacre, Bunker Hill, and the Battles of Lexington and Concord in period newspapers from both America and Great Britain. And especially intriguing is an extraordinary document demonstrating that not all Americans were eager to separate from Great Britain. A contemporary clerical copy of a 1775 Report issued by the New York Provincial Congress outlined a "Plan of Accommodation between Great Britain & the Colonies” (estimate $7/10,000). The Report, issued just a year before the Continental Congress declared Independence from Great Britain, was prepared for the use of New York’s delegates to the Continental Congress, and shows that there was no consensus among the thirteen Colonies that independence was the right step to take. Several Mid-Atlantic states, including New York, advocated a cautious approach towards independence and may even have harbored hopes for an equitable reconciliation with Britain.

Frederick Douglass, perhaps the most significant and famous Black American of the 19th century, is represented by his passionate 1852 speech decrying slavery and the Fugitive Slave Law, as it appeared in Frederick Douglass’s Paper (estimate $2,500 - $3,500). Douglass delivered his landmark speech, which declared "Slavery has no rightful existence anywhere," at the 1852 national convention of the Free Soil Party, a short-lived predecessor of the Republican party that was dedicated to preventing the expansion of slavery into the Western territories, although many of its members were also ardent abolitionists.