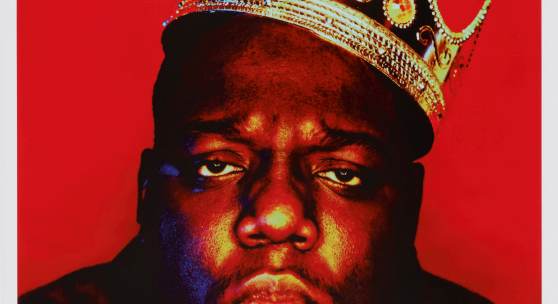 NEW YORK, 25 August 2020 – Sotheby’s is honored to announce an auction celebrating the history and cultural impact of Hip Hop on 15 September in New York. The first-ever dedicated Hip Hop auction to be presented at a major international auction house, the sale reflects on the impact Hip Hop has had on art and culture from the late 1970s through the “Golden Age” of the mid-1980s to mid-1990s, and up to the present. Featuring over 120 lots, the auction is comprised of unique artifacts, contemporary art, one of a kind experiences, photography, vintage and modern fashion, historic and newly designed jewelry and luxury items, rare ephemera including flyers and posters, important publications, and more. The majority of items on offer in the sale have been consigned directly by artists or their estates and the full contents of the auction will be announced at a later date.

Cassandra Hatton, Vice President & Senior Specialist in Sotheby’s Books & Manuscripts Department commented: “Since its birth in the Bronx in the 1970s, Hip Hop has become a global cultural force, whose massive influence continues to shape all realms of culture: music, fashion, design, art, film, social attitudes, language, and more. This sale is a celebration of the origins and early eras of that influence. We are pleased to announce the auction with two renowned and beloved icons whose lives and lyricism continue to resonate — Biggie and Tupac — with lots that offer an introspective look, in their own way, at the personalities behind their respective public personas.”

A dedicated exhibition for the Hip Hop auction will be on view by appointment in Sotheby’s York Avenue galleries from 11 – 15 September. The exhibition will also be available to the public online via our new immersive digital gallery experience.
NOTORIOUS B.I.G.’S ‘KING OF NEW YORK’ CROWN

Leading the auction is the crown worn by Christopher Wallace (aka Biggie/Biggie Smalls and Notorious B.I.G.) during the 1997 ‘K.O.N.Y. (King of New York)’ portrait session, the rapper’s last recorded photoshoot before he was killed in Los Angeles three days later. The crown, which was recently showcased in the groundbreaking book and exhibition Contact High: A Visual History of Hip-Hop by Vikki Tobak, is on offer by the photographer Barron Claiborne, whose possession it has remained since the photoshoot. Included in the lot are three specially sized (36 x 40") prints – all 1/1 printed and signed by Claiborne – of the iconic ‘K.O.N.Y’ photograph, the 10th anniversary K.O.N.Y. photograph, and the contact sheet (estimate $200/300,000). The interior of the crown bears the inscription “Crown from Biggie KONY Shot NYC 3-6-97” and is signed by both Biggie and Claiborne.

Hired by Rap Pages Magazine to photograph Biggie for the cover, Claiborne’s concept was to portray the rapper as the King of New York on his throne but in a stripped-down manner – a departure from the popular over the top Hip Hop imagery of the late 90s. To style Biggie as royal, Claiborne brought two crowns of different sizes to the shoot; one was far too small, and in order to make the now-legendary crown fit, the interior foam cushioning had to be removed. Sean "Diddy" Combs, owner of Biggie’s label Bad Boy Records, accompanied the artist on the shoot, and was reportedly unhappy with the concept, worrying that it made him look like "the Burger King". However, Biggie was open to the idea, resulting in one of the most recognizable images in Hip Hop culture and one of the most famous Hip Hop portraits ever taken.

Barron Claiborne (BC Africanus), Photographer and Consignor commented: “After 23 years in my possession, I’m very excited to share this iconic piece of Hip Hop history with the public. With the tragic events that unfolded just days after the photoshoot, this image of a crowned Notorious B.I.G. became much more than a portrait – the image transformed Biggie Smalls into an aristocratic or saint like figure, forever immortalized as not only the King of New York, but a king of Hip Hop music and one of the greatest artists of all time.”
TUPAC SHAKUR’S TEENAGE LOVE LETTERS