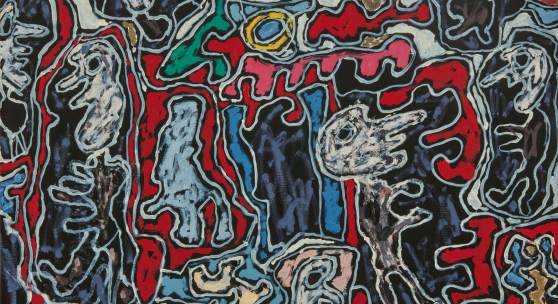 Beginning with Sotheby’s Evening Sales of Contemporary and Impressionist & Modern Art, Livestreamed to the World on 28 October

NEW YORK, 16 OCTOBER 2020 – Sotheby’s is pleased to announce that the upcoming Contemporary and Impressionist & Modern Art Evening Auctions in New York on 28 October will feature a selection of works offered on behalf of the Brooklyn Museum. Included in the group are works by Claude Monet, Jean Dubuffet, Edgar Degas, Joan Miró, Henri Matisse, and design by Carlo Mollino.

Sotheby’s will auction additional works on behalf of the Brooklyn Museum across collecting categories throughout the fall, including the Contemporary and Impressionist & Modern Art Day Sales in mid-November and a dedicated sale of Fabergé objects in November. Further details will be available in advance of each auction.

The Brooklyn Museum’s proceeds from Sotheby’s sales will be used to establish a Collection Care Fund to support caring for the institution’s collection. Creating a direct care fund will help offset the vastly growing expenses of collection care and stabilize collection care efforts in times of economic downturn.

Direct Care refers to the activities that enhance the life, usefulness, or quality of the collection, thereby ensuring that it will continue to benefit the public for years to come. It embodies the work of Brooklyn Museum curators, registrars, conservators, and others in preserving, protecting and caring for its collections. A portion of staff salaries who work directly with the collection is included in direct care activities. The Brooklyn Museum’s Direct Care of the Collection Policy can be read in full here.

The process for this Collection Care initiative was a cross-departmental effort, and included input from curators, conservators, registrars as well as executive leadership and the Museum's Board of Trustees, who have voted unanimously for these deaccessions.

Anne Pasternak, Shelby White and Leon Levy Director of the Brooklyn Museum, said: “This effort is designed to support one of the most important functions of any museum – the care for its collection –and comes after several years of focused effort by the Museum to build a plan to strengthen its collections, repatriate objects, advance provenance research, improve storage, and more. While seeing any art work leave our collection can be painful, in no way does the departure of any of these works undermine the core strengths of our collection. All decisions were made with the utmost care and research, guided by industry best practices and laws.” IMPRESSIONIST & MODERN ART EVENING SALE 28 October

Claude Monet’s Les Îles à Port-Villez (estimate $2.5/3.5 million) comes from a group of six related canvases focusing on a cluster of tidal islands which formed where the Seine and Epte rivers met, immediately south of Monet’s beloved Giverny. The painting showcases Monet’s sheer mastery of brush, paint and canvas, displayed at their most powerful and instantaneous. Evoking a moment of quiet along the banks of this mighty river, this painting captures the essence of Impressionism, some twenty-five years after Monet had first put a name to a nascent, rebellious movement with Impression, Sunrise.

Painted in 1966, Joan Miró’s Couple d’amoureux dans la nuit (estimate $1.2/1.8 million) explores some of the artist’s most enduring motifs: the figure, the moon, and the stars. The painting is a vivacious composition from Miró’s mature years. Marrying a bold application of pure color with his signature black line, reminiscent of Japanese calligraphy, the painting showcases an Eastern influence on his work (Miró was to have his first retrospective in Japan this same year). The present work also responds to the growing influence of Abstract Expressionism while recalling many of the artist’s most salient motifs from the early 1940s.

Henri Matisse’s Carrefour de Malabry (estimate $800,000 - $1.2 million) and Edgar Degas’ Femme nue assise s'essuyant les cheveux (estimate $1/1.5 million) round out the offerings on behalf of the Museum in the Impressionist & Modern Art Evening Sale. The Matisse was executed between 1918 and 1919 in Malabray, a town close to Matisse’s family home at Issy-Les-Moulineaux, south-west of Paris, and captures the artist's reinvigorated awareness of landscape painting as an expression of his renewed interest in Impressionism and its revolutionary approach to the subject matter at the time. Degas’ Femme nue assise s'essuyant les cheveux is a classic example of the artist’s exploration of the human form in one of his favorite ways—a female figure after her bath—using pastel to elevate the humility of the bather’s situation to a sublime exposition of grace and beauty.