Sotheby's to Offer Basquiat Works from the Estate of Enrico Navarra 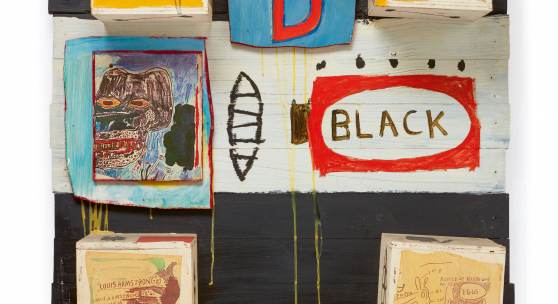 On Offer from the Estate of Prominent Collector & Gallerist Enrico Navarra, Editor of Basquiat’s Celebrated Monograph

NEW YORK, 20 October 2020 – Sotheby’s is honored to announce we will auction two works by Jean-Michel Basquiat from the collection of the late Enrico Navarra, the artist’s great champion, gallerist and editor of the celebrated monograph on the artist’s work.

Both executed in 1968, Black and Jazz are important works from the pivotal final years of Basquiat’s extraordinary life and artistic practice. Underscoring their importance, the works are illustrated on the case of Navarra’s monograph on the artist. Offered on behalf of Navarra’s estate, Black and Jazz works are estimated at $4/6 million each in Sotheby’s marquee Contemporary Art Evening Auction in New York, which will be livestreamed to the world on 28 October.

A visionary with unparalleled instinct, Navarra believed in and championed artists well before they came to fame. He was instrumental in nurturing Basquiat’s market, including authoring of the most comprehensive compendium of the artist’s work, and organizing and promoting the artist’s exhibitions worldwide – laying the groundwork for his meteoric rise. Navarra was also one of the first western collectors to acquire and promote contemporary Asian art. He published a series of “Made by” books, including “Made by Chinese” (1996), “Made by Brazilians” (2014), “Made by Thai” (2019), and more.

The New York exhibitions for Sotheby’s Evening Sales of Contemporary and Impressionist & Modern Art will open by appointment on 21 October.

Grégoire Billault, Head of Sotheby’s Contemporary Art Department in New York, said: “As a great champion of emerging artists around the world, Enrico Navarra was responsible for inspiring a global appreciation for many renowned artists – most especially Jean-Michel Basquiat. Through his exhibitions, scholarship and beyond, Navarra had a profound role in developing the international market for Basquiat’s work that we see today. We are honored to offer two works from his estate this month.”

Combining two-dimensional Xeroxed drawings and painted surfaces with three-dimensional wooden sculptural elements, Black and Jazz each feature examples of Basquiat’s most iconic motifs, and powerfully represent Basquiat’s radical multi-media approach to artmaking. The wooden surfaces of the present works recall the artist’s masterworks of the early 1980s, when he crafted stretchers and frames from objects such as carpet tacks, rope, wooden crates, canvas, and wooden moldings found on the streets of New York. Both works have been widely exhibited in the years since their execution in 1986.

Jazz reflects Basquiat’s interest in music as a central theme throughout many of his most important paintings. The work features a Xerox drawing referencing the song “Now’s the Time” by Charles Parker, the inspiration for Basquiat’s iconic painting by that same name – Now’s the Time from 1985 – painted one year before the present work. Several other examples of Basquiat’s signature motifs appear in Jazz: the artist’s familiar copyright symbol recalls his days as the NYC graffiti artist ©SAMO, and anatomical drawings reference his lifelong fascination with the internal structure of the human body.

Black exemplifies Basquiat’s central focus upon issues of race and representation. As in Jazz, several other examples of Basquiat’s iconic motifs appear within the surface of Black: the artist’s iconic three-point crown recalls his tags as graffiti artist ©SAMO, echoing the © which appears in Jazz. A single, skull-like head – the most iconic and enduring motif of Basquiat’s oeuvre – recalls many of the artist’s best-known masterworks.