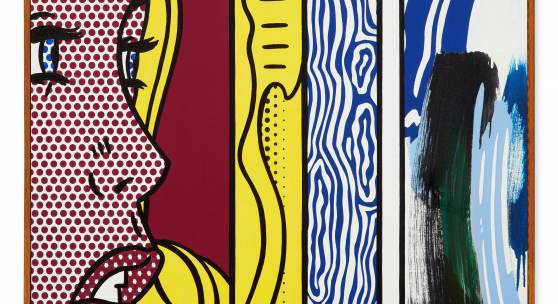 From The Legendary Macklowe Collection
Through to ‘The Now’ Auction, Dedicated to Today’s Frontrunners

**Public Exhibitions Now Open**
**Media Welcome to Today's Press Preview at 9:00am ET and Throughout the Day**

NEW YORK, 5 November 2021 – Featuring more than 680 lots that together comprise one of the most important sale series ever staged, the full complement of Sotheby’s November auction week is today unveiled to the public in its entirety in Sotheby’s New York Galleries.

Carrying a combined estimate in the region of $1 billion, the exhibition and sales will be anchored by the celebrated Macklowe Collection - one of the greatest collections of any kind ever to come to the market. The November offering will include 35 works from the collection, each one a masterpiece in its own right. (See here and here for further details). These will be presented alongside three further Evening sales, featuring standout works from the late 19th century through to art executed in the last 20 years, including Banksy, Jean-Michel Basquiat, Mark Bradford, Leonora Carrington, Jordan Casteel, Frida Kahlo, Lee Krasner, Claude Monet, Yoshitomo Nara, and many more, as well as 50 works from the collection of the storied art collector and great television production Douglas S. Cramer, including Roy Lichtenstein’s masterpiece Two Paintings…Craig – a gift from the artist and a symbol of their close friendship.

The week of evening sales will also include a dedicated, single lot auction of The Constitution of the United States, sold to benefit the Dorothy Tapper Goldman Foundation. [See auction schedule below]

In what is set to be one of the most sophisticated hybrid auctions staged to date, Sotheby’s salesroom will once again welcome clients back to the auction room for each sale, with auctioneer Oliver Barker fielding bids from room and online bidders alike, as well as from colleagues on telephone banks in New York, London and Hong Kong.
Sotheby's pre-sale exhibitions for the Contemporary, Modern and The Now Evening Auctions will be presented in partnership with Samsung, the world's leading TV manufacturer. (Further details below)

Selected highlights from the forthcoming season:

MODERN EVENING AUCTION:
Frida Kahlo’s 1949 self-portrait, Diego y yo (Diego and I): Kahlo’s final, fully realized ‘bust’ self-portrait completed before her death in 1954, this enigmatic double portrait with the artist’s husband, Diego Rivera, is a quintessential example of her singular approach to portraiture. Estimated at $30/50m, this intense and emotional work is poised to shatter her current auction record of $8 million achieved in 2016, and may become the most valuable work of Latin American art ever sold at auction. To be offered in the Modern Art Evening sale. See dedicated release here.

Claude Monet’s  magnificent Coin du bassin aux nymphéas from 1918, a late masterpiece displaying the artist’s famous waterlilies in his Giverny garden, comes to the market later this month for the first time in nearly 25 years with an estimate in excess of $40m. The work is joined in the Modern Art Evening Auction by a further three paintings by Monet, including his 1888 Coastal scene, Antibes vue de la Salis, which captures the seductive scenery of southern France (estimate $10/15 million). Separate release on Coin du bassin aux nymphéas available here.

Surrealism features large in the Modern Art Evening sale, highlighted by:
Rene Magritte’s 1966 Le Droit chemin (estimate $7/9 million), a late masterpiece featuring a monolith and a stone apple which together illustrate the idea that seemingly unrelated objects bear some fundamental commonality. Magritte gifted Le Droit chemin in the year it was painted (need to confirm) to the Israel Museum at the suggestion of the dealer Margaret Krebs, where it remained for over four decades.
Salvador Dalí’s L’Angélus belongs to a small number of related works, nearly all of which are held in museum collections (estimate $4/6 million). Having first belonged to the artist’s friend, surrealist painter Georges Hugnet, and unseen by the public until the twenty-first century, the work - which reflects Dali’s obsession with Jean-François Millet’s L’Angélus -  has featured prominently in virtually every major exhibition dedicated to Dalí since that time.
Additional surrealist highlights include Leonor Fini’s Les Aveugles (estimate $200/300,000), following last season’s record-breaking sale for the artist’s Autoportrait au scorpion at Sotheby’s New York ($2.3 million).