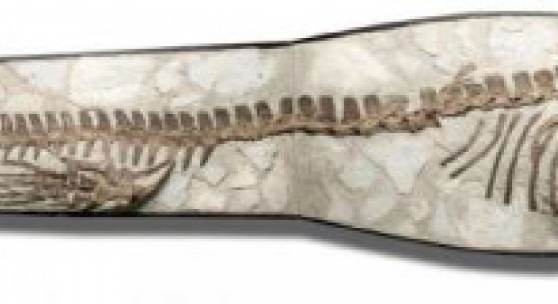 Taxidermy is of course the third category of 'Nature is Art'. This auction includes a fabulous, rare Blue Bird of Paradise from the late 19th century and is displayed under a glass dome. The Birds of Paradise are without doubt the most exotic and extravagant of all tropical birds. The various species in this group sport different coloured plumes and the rarest of all has blue plumes. The Blue Bird of paradise – more correctly known as Paradisea rudolphi (or Prince Rudolph's Bird of Paradise) was named in the late 19th century after a prince who was at one time destined to become Emperor of Austria, but forbidden by his father to marry the woman he loved, the love-lorn pair committed suicide in a pact that rocked Europe. This bird is particularly famous for its strange upside-down dance in which it displays its wonderful blue plumes, a dance which was featured in one of Sir David Attenborough's programmes about birds of paradise. It is expected to fetch £12,000-£18,000. An Indian firescreen from circa 1880 including a Paradise Fly Catcher, Spangled Starling and a Bee Eater is estimated at £3,000 - £4,000 and a full mounted Kea with outstretched wings is expected to sell for £1,000-£1,500.

There are some outstanding taxidermists who specialised in fish and this sale includes an Impressive Mallock barrel Salmon, which is 133 cm long, and by the celebrated Scottish taxidermist P.D. Malloch from Perth. During the last decades of the 19th century he realised that he could get a better result by casting fish (particularly salmon which are very oily and take months to degrease) rather than stuffing them. His productions are much sought-after and, like the present example, are usually placed in unusual barrel-shaped display cases (£4,000 - £6,000). Another fine example, this time by the famous Cooper family of taxidermists, is an exceptional and famous Pike in a bow fronted case, 138 cm long it is expected to sell for up to £12,000. This enormous pike equaled the size of the largest that was ever stuffed by any of the family and it is featured in Fred Buller's almost legendary book 'The Domesday Book of Mammoth Pike (1979). In the book Buller named the fish 'John Bourne's Pike' and records its weight as 42lb with a length of 48 and a half inches and a girth of 25 and a half inches. It was caught in 1908 in Ireland and its catch so remarkable that soon after articles were written on it in the Angler's News and the Fishing Gazette. Curiously, John Bourne, the man who caught the pike had no interest in having it stuffed and he gave the fish to a man fishing nearby, a Mr. Thomas Phillips, who immediately dispatched the specimen to Coopers in London. After the fish had been preserved it stood for many years in his bar of the Crown pub in Ladywood, Birmingham.

A rare Japanese Giant Spider Crab, mounted on stand, had been trawled at 450 m, off Mihama Point, Suruga Bay, Japan in 2019. It's about 1 metre wide and mankind’s fascination for the largest of all crabs in the world started when Philipp Franz von Siebold shipped the first specimen from Japan back to Europe in 1836. Very little is known about these aquatic giants and this one is estimated at £5,000 - £8,000, while a pair of beautiful, green sea urchin displays carry an estimate of £4,000 - £6,000. In recent years, more quirky, modern taxidermy has found many admirers and the auction includes a baby Giraffe, mounted so it can hang from the ceiling, which is expected to sell for £6,000-£10,000, while a “Unicorn” carries an estimate of £6,500-£8,500. An impressively large full mounted Polar Bear is also included and estimated to fetch £30,000 - £50,000.