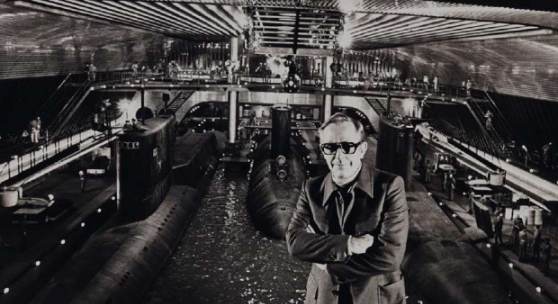 Bellmans’ Auction of The Lewis Gilbert Film Script and Production Archive auction on Wednesday, 17th November 2021 totalled almost £61,000 (including Buyers Premium) with bidders participating from all around the world.

James Bond led the auction with the 12 lots of scripts, storyboards, photographs and ephemera from the three Bond movies Lewis Gilbert directed - You Only Live Twice (1967), The Spy Who Loved Me (1977) and Moonraker (1979). They reached £35,922 (including Buyers Premium) in total with the hammer going down at £6,500 for the top lot, which included two director's shooting scripts and production paperwork for the opening ski parachute jump stunt of The Spy Who Loved Me. Most of the Bond related lots went to a UK private collector.

The remaining lots related to his other well-known films all went to UK buyers as well, with an important collection of 70 black and white contact sheets from the set of Alfie (1966) sold for £2,400.

Philip Belcher, Managing Director of Bellmans, says: "It has been such an incredible experience to go through the Lewis Gilbert archive and discover what a remarkable contribution he made to British film history. We are pleased that the majority of the archive is staying in the country and each lot will be treasured by film enthusiasts."

Film Director, Producer and Screenwriter Lewis Gilbert (1920-2018), best known for his 007 movies and Alfie, made more than 40 films during a directorial career spanning six decades. He had his international breakthrough with Alfie (1966), which also launched Michael Caine's international career.

Later successes such as Educating Rita (1983) and Shirley Valentine (1989) further displayed his diverse and prodigious talent and cemented the colossal reputation of Lewis Gilbert. Unlike many other directors he preferred doing small budget films he could produce himself to “secure the right of final cut” and only made big budget films when he had to. The Bond producers really had to press him to return to film two more 007 movies a decade after his first James Bond title.


Bellmans’ Auction of The Lewis Gilbert Film Script and Production Archive auction on Wednesday, 17th November 2021 totalled almost £61,000 (including Buyers Premium) with bidders participating from all around the world.
Bellmans Auctioneers