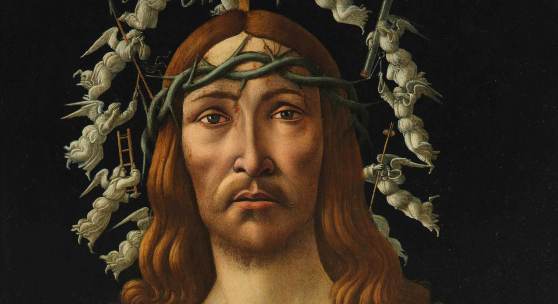 Equally rare is Guercino’s astonishingly refined, grand self-portrait, brilliantly drawn in red and black chalks (est. $400/600,000). A self-portrait of such magnitude and importance, combining exquisite draftsmanship with deep introspection, is not only unique in the drawn œuvre of Guercino, but is also an extremely rare surviving testimony of any artist of his time. Generous in size, this is a magnificent addition to the artist’s known drawings, and was surely made as a finished work in its own right, most probably intended to be given as a gift to an important patron or institution. Amusingly, Guercino has here drawn himself from the one viewpoint from which his famous squint could not be seen. The artist’s technical virtuosity and ability to achieve extraordinary effects of softness and luminosity are strikingly evident in this self-portrait, of which no other is known to exist.

The sale also boasts a group of six exceptional 18th-century Venetian drawings, from the famous collection formed in the late 19th and early 20th century by Marie-Pierre-Louis Hélie de Talleyrand-Périgord, Duc de Talleyrand (1859-1937). These include three superbly animated studies by Giovanni Battista Tiepolo, and a spectacular, incredibly rapidly drawn, late study by Francesco Guardi, depicting the view from in front of the Basilica of San Marco, looking across towards San Giorgio Maggiore (est. $120/180,000). While the Venetian view on the recto of this sheet is outstanding in its own right, perhaps more intriguing is a quick sketch of the Madonna and Child on the verso, clearly drawn by Giovanni Battista Tiepolo some fifty years earlier, in the early 1730s. This seems to be the only known example of a sheet that was used, at different times, by these two giants of Venetian painting, and its existence opens a Pandora’s box of possibilities regarding the relationship between the two artists.

Rounding out the week’s series of live auctions is The European Art Sale Part I sale,  featuring a large array of Belle  Époque masterpieces, including magnificent Paris street scenes by Edmond-Georges Grandjean, a majestic portrait by Mihály Munkácsy, and a number of exquisite Neoclassical figures, by Daniel Ridgway Knight,  John William Godward, and Eugen von Blaas. A spectacular early racing scene by John Frederick Herring Sr. of The 1828 Doncaster Gold Cup, leads an important group of sporting pictures (est. $500/700,000), among additional highlights of naval encounters by Montague Dawson, a moonlit nocturnal landscape by John Atkinson Grimshaw, and several expansive city views in gouache. The sale is led by William-Adolphe Bouguereau’s life-sized canvas, Jeune bergère debout, belonging to a series of works chronicling French country life, painted during summers in the artist’s native La Rochelle where he vacationed (above, est. $800,000/1.2 million).