The Macklowe Collection Returns: Unveiling Masterworks from Most Valuable Collection to be Offered at Auction 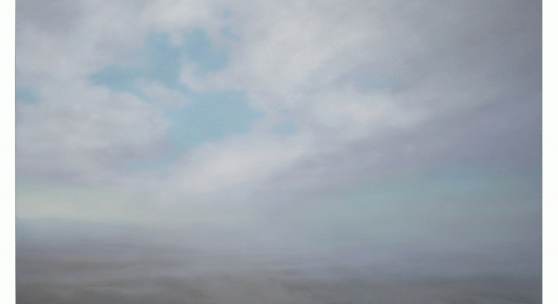 LED BY A NEVER-BEFORE-SEEN LATE MASTERPIECE BY MARK ROTHKO FROM 1960, A CRITICAL YEAR FOR THE ARTIST

& ONE OF ANDY WARHOL’S LAST SELF PORTRAITS

“The November sale of 35 works from The Macklowe Collection captivated top collectors around the world and set records in the process; we are thrilled to present a further 30 works from this legendary collection in May, in what is sure to be another highly anticipated sale.” CHARLES F. STEWART, SOTHEBY’S CHIEF EXECUTIVE OFFICER

“The Macklowe Collection tells the story of art in its highest form, with the utmost precision and clarity. Every artist here is represented at a moment of profound creativity.” BROOKE LAMPLEY, SOTHEBY’S CHAIRMAN & WORLDWIDE HEAD OF SALES FOR GLOBAL FINE ART

“The extraordinary results we saw in November speak both to the exceptional caliber of the collection as well as to the boundless appetite that exists today in what is undoubtedly a deep market for masterpieces.” MARI-CLAUDIA JIMENEZ, SOTHEBY’S CHAIRMAN, MANAGING DIRECTOR & WORLDWIDE HEAD OF BUSINESS DEVELOPMENT FOR GLOBAL FINE ART

18 FEBRUARY 2022 — The white-glove sale, last November, of 35 works from The Macklowe Collection was nothing less than historic, becoming, at $676.1 million, the most valuable single-owner auction ever staged: its success testament to the art of collecting in its highest form. This spring, Sotheby’s will offer a further 30 works from this celebrated collection, highlights from which are today unveiled in Sotheby’s London galleries by Will Gompertz, Artistic Director, Barbican and Eleanor Nairne, Curator, Barbican. Watch them here as they lift the curtain on the masterpieces to be offered in the dedicated evening sale at Sotheby’s New York on 16 May 2022.

May will see a number of leading names from the November sale return, represented this time by artworks from different, but equally important, moments that act as critical counterpoints to their November counterparts. Gerhard Richter is among those reappearing, represented in this sale by Seestück (Seascape), an extraordinary large-scale painting from 1975, capturing the magisterial beauty of the natural world, while at the same time blurring the distinction between photography and painting until they are almost entirely indistinguishable (est. $25-35 million).

Andy Warhol returns here too, represented this time by one of his very final works — a monumental self portrait painted as he contemplated his own legacy and status alongside those of the pantheon of stars who had peopled his works (est. $15-20 million). Not seen since it was exhibited at Anthony D’Offay’s seminal 1996 exhibition, Vanitas: Skulls and Self Portraits by Andy Warhol, the painting is joined in the May edition by another seldom-seen work, Mark Rothko’s meditative, richly-coloured Untitled from 1960 — a critical moment in his career (est. $35-50 million). Following the success of the two paintings by Willem de Kooning offered in the November sale (Untitled XXXIII, from 1977, which made $24.4 million; and Untitled IV, from 1983, which made $18.9 million), the May edition will include two further important works: one, Untitled, from 1961, and another, Untitled XIII, from 1984.

At the same time, those artists familiar from the November sale will be joined in May by others whose presence in the collection has not yet been revealed, including Jean Dubuffet, whose radical Grand Nu Charbonneux, from a breakthrough moment, has featured in almost every major exhibition dedicated to the artist (est. $4-6 million).

Individually, each of the works represented reflects the artist at their very best. Together, they trace the pinnacle of Western artistic achievement over the last eighty years, from Alberto Giacometti and Pablo Picasso through to Sigmar Polke, Cy Twombly, Roy Lichtenstein, Jeff Koons, Agnes Martin, Mark Grotjahn and more.

Key highlights from The Macklowe Collection will be on view to the public in Sotheby’s New Bond Street galleries from Tuesday 22 February until 2 March, alongside preview exhibitions for the Modern & Contemporary and The Now evening auctions taking place in London on 2 March. Highlights will also be exhibited in Palm Beach, Taipei, Hong Kong, and Shanghai before returning to New York for public exhibition ahead of the sale on 16 May.

“The greatest collections convey a deep understanding and appreciation of an artist’s entire life and output. This is a collection that speaks to this kind of critical enquiry. Beyond only one pivotal work, many of the most important artists in The Macklowe Collection – from Gerhard Richter to Sigmar Polke, Willem de Kooning to Mark Rothko, Agnes Martin to Cy Twombly – are represented in the collection by touchstones from every part of their practice in such a way that they can identify those many moments that come to define and shape their artistic career. This chapter will illuminate this commitment to depth, with further exploration of the contributions of some of the most important artists of the Twentieth Century.”

DAVID GALPERIN, SOTHEBY’S HEAD OF CONTEMPORARY ART, AMERICAS
“The May selection provides a true sense of the full scope and depth of The Macklowe Collection. With exceptional works by artists from Gerhard Richter to Mark Grotjahn, this edition of the sale brings into the spotlight yet more of the key creators, movements and aesthetics that have defined art over the last eighty years.”
GRÉGOIRE BILLAULT, SOTHEBY’S CHAIRMAN FOR CONTEMPORARY ART