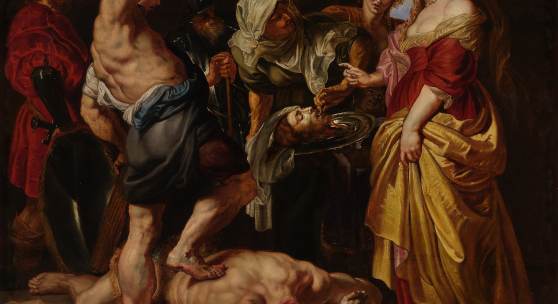 NEW YORK, 20 January 2023 – Sotheby’s Master Week series in New York 18 - 30 January is set to be among the strongest ever staged, with nine sales together estimated to realize in excess of $100m. Spanning Old Master Paintings and Sculpture, Drawings and 19th- century paintings, the sales will bring to market a host of newly-discovered works, alongside renowned private collections, led by ten Baroque masterpieces from the Fisch Davidson Collection, and a group of Dutch 17th century paintings from the Theilinne Scheumann Collection.
Exhibitions
Sotheby’s New York
1334 York Avenue
21 – 26 January
Monday–Saturday, 10am–5pm | Sunday, 1pm–5pm

Online Auctions
Old Master and British Works on Paper (18 - 25 January)
The European Art Sale Part II (23 - 30 January)
This season, Sotheby’s will also introduce a new format sale - The One - showcasing a broad spectrum of exceptional and unique objects throughout history, spanning antiquity through to the fashion and entertainment worlds of today. Works from the inaugural auction will be on view alongside Sotheby’s Masters Week exhibitions, opening 21 January (see press release here).

In addition to the extraordinary works in the Fisch Davidson collection (see press release here), and the recently re-discovered early Bronzino (sold to benefit charitable causes close to the heart of the family from the painting was seized, (see press release here), this season’s sales are characterized by further important rediscoveries and other esteemed private collections, as well as paintings by long-neglected female artists, and still lifes. Please find a synopsis of the highlights below.

One of the leading artists of the Florentine Renaissance will star in the Masters Week sales. Dating to circa 1527, this sophisticated work is a significant addition to the artist’s early corpus. Works by Bronzino are exceptionally rare on the market, with only one other fully attributed work to appear in living memory. Misattributed and lost to scholarship since the early 20th century, this painting will be published for the first time this spring by Carlo Falciani, in whose forthcoming article the idea that this may be a self-portrait of the artist will be explored. The work, which comes to sale with a fascinating and tragic history of ownership, will be sold to benefit two charities; Selfhelp Community Services, aiding holocaust survivors in North America, and The Lighthouse Guild – a Jewish healthcare organization.

A Sketch for Saint Jerome by Sir Anthony Van Dyck represents a major discovery from the early period of the artist’s work (estimate $2-3 million). One of only two large studies after live models from the Flemish artist’s oeuvre, the arresting sketch of an elderly man was probably executed by some time between 1615 and 1618, when the young artist was working alongside Peter Paul Rubens in Antwerp.

Thought to have served as a study for the artist’s painting of St Jerome in the Museum Boijmans van Beuningen in Rotterdam, the sketch was discovered in the late 20th century in a farm shed in Kinderhook in New York. The person who found it, Albert B. Roberts, was a passionate collector of ‘lost’ pieces, describing his collection as "an orphanage for lost art that had suffered from neglect.” Convinced of the importance of the sketch, he purchased it for $600. Soon afterwards, the sketch was recognized by art historian Susan J. Barnes as a “surprisingly well preserved” autograph work by Van Dyck.

On offer from Roberts’ estate, a portion of proceeds will benefit the Albert B. Roberts Foundation Inc., which provides financial support to artists and other creatives, among other charities.

Another stand-out rediscovery from the Master Painting Evening sale is that of a late work by Titian – a moving and expressively painted Ecce Homo (est. $1.5 - $2M) from the first half of the 1560s. The reappearance of this work, which last appeared at auction, heavily overpainted, in 2019, marks an important addition to Titian’s corpus, and in particular to his body of late religious art. Ecce Homo comes to auction on the heels of Venus and Adonis by Titian and Workshop which reached £11.2m / $13.6m last month in London.

Recent cleaning of the centuries-old overpainting (which appears to have been applied to obscure the then-unfashionable ‘unfinished’ quality of the work) has revealed the exuberant, spontaneous brushwork characteristic of Titian’s final works in a painting now described by Paul Joannides as ‘wholly autograph’. Both he and Peter Humfrey believe the painting is likely an unfinished composition, left incomplete at the time of Titian’s death in 1576.