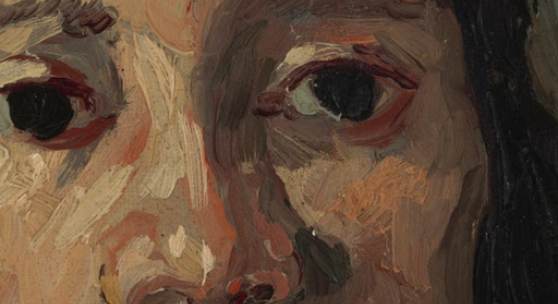 What attracted artists to prostitution as a subject? From 19 February 2016 come and see the exhibition ‘Easy Virtue’ and discover prostitution through the eyes of Vincent van Gogh and many other well-known 19th-century artists, including Edgar Degas, Henri de Toulouse-Lautrec and Pablo Picasso.

The depiction of prostitution in French 19th-century art has never been explored in such depth.

During the second half of the 19th century, prostitution was a favourite subject of the visual arts. Artists enthusiastically depicted prostitution as an aspect of modern life in the city of Paris and they painted women soliciting on the boulevards, wealthy courtesans in their salons and the prematurely aged prostitutes in brothels.

Social discussions
The theme was relevant because of the many social discussions about the dangers of prostitution and the pros and cons of regulating it. Easy Virtueshows why this stimulating, yet at the same time complex and controversial subject appealed to artists.

Intriguing themes
Four intriguing themes take you back to Paris in the Belle Époque. Enter the dance halls and cafés where women picked up their customers, as well as the hidden world of brothels and prisons where illegal prostitutes and women with venereal diseases were locked up.

Uncertainty and Ambiguity
Prostitutes were not always readily distinguishable from ‘respectable’ women in the street, in the cafés or the theatres. Artists incorporated subtle references to this ambiguity in their paintings, using colours, poses, meaningful looks or gestures.

The Splendour of the Courtesans
Courtesans occupied the topmost rung of the prostitution ladder. They were expensive escorts who enjoyed a certain status and even press coverage. Having risen to the top by sharing their beds with rich men and politicians, they were keen to have opulent portraits of themselves painted.

At the Brothel: Anticipation and Seduction
The hidden world of the brothel was a rewarding subject for artists. It gave them the opportunity to experiment with a new and unconventional way of representing the female nude and to depict what went on behind those closed doors: the game of anticipation and seduction, but also the everyday lives of the prostitutes.

Debauchery in Colour and Form
Prostitution became a standard avant-garde theme in the early 20th century. Rather than being hidden, the subject was now visualised explicitly, verging at times on the caricature. Artists were now concerned less about the theme as such than with colour, form and expressiveness.