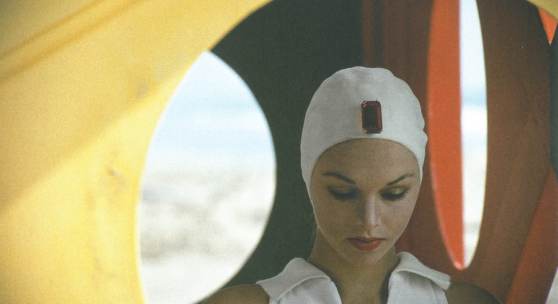 “What I want. What I am. What you force me to be is what you are. For I am you, staring back from a mirror of poverty and despair, of revolt and freedom. Look at me and know that to destroy me is to destroy yourself.” Gordon Parks

A camera doesn’t simply take pictures. It can be a powerful tool against oppression, racism, violence, and inequality. Gordon Parks described his camera as his choice of weapons, and he used photography incisively throughout his career, exposing the bifurcation of the American way of life and seeking to mediate between groups in a deeply divided society. As an impor- tant chronicler of the fight for equal rights for African Americans, he dealt with topics—poverty, marginalization, injustice—that continue to be relevant today.

Gordon Parks profiled leaders of the civil rights movement, such as Malcolm X, Martin Luther King, Jr., and Muhammad Ali, but also famous figures from the arts, such as Duke Ellington, Ingrid Bergman, and Alberto Giacometti. He created fashion spreads for Condé Nast and Life magazine in the 1940s and 1950s, at the same time he was capturing stories of segregation in the American South and youthful unrest in Harlem. Besides his more popular film work, which included “The Learning Tree“ and “Shaft“, he produced numerous documentaries. With its grasp of both glamour and misery, commercial interest and humanitarian commitment, Gordon Parks’ work offers an incomparable visual social history of the United States in the twentieth century.

Through his unique style and versatility, Gordon Parks did not just transcend stereotypes, he broke down topical barriers within professional photography. The content of his work reveals his constant transformation of his medium. He was interested in individual and isolable transi- tory moments as well as a narrative structure for his images. He developed the concept of the image sequence as a means of showing human behavior or societal conditions as recurring, repeated processes. He gave singular events a temporal expansion so that they became a hybrid of static and moving images. He took photos like a cameraman, composed images like a musician, and strung them together like a poet into narratives that speak volumes about their subjects.

Gordon Parks was born in 1912 in Fort Scott, Kansas, amid poverty and racial segregation. He worked as a pianist in a brothel and as a train porter before purchasing a camera in a pawn- shop and teaching himself photography. In addition to pursuing his own photographic pro- jects, he worked for the Farm Security Administration from 1941 to 1945 and for Life from 1948 to the early 1970s. He began devoting himself to film projects in the 1960s and went on to suc- cess in Hollywood. Gordon Parks also gained recognition as a composer of music and writer of fiction, nonfiction, and poetry. He received numerous awards, including the National Medal of Arts, and more than fifty honorary degrees. He died in 2006 at the age of ninety-three.

Gordon Parks’ works were first shown in Germany in 1966 at the Photokina, Cologne, and in 1967 at the Kunstakademie, West Berlin. He participated in Dokumenta 6 in Kassel in 1977. In 1989–1990, his photographs were presented in a number of venues in Germany, including the Amerika Haus in Berlin, the home of C/O Berlin today.