Architecture of Color: The Legacy of Luis Barragán 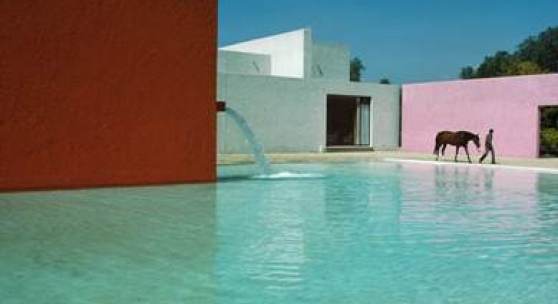 London-based gallery Timothy Taylor, which recently announced the opening of its first space in New York at 515 West 19th Street, will debut with an exhibition dedicated to the late Mexican architect Luis Barragán.

Luis Barragán (1902-1988) was one of the greatest second-generation modernists, and along with Oscar Niemeyer, the most important 20th century architect to emerge from Latin America.

Architecture of Color: The Legacy of Luis Barragán will explore Barragán’s architectural practice, his spiritual sense of aesthetics, and his unique use of color. The exhibition will also celebrate his legacy through the artworks of his contemporaries, those influenced by him, and those with whom he shares a visual and deeper synergy. This is the first exhibition of Barragán’s work in New York since his retrospective at the Museum of Modern Art in 1976.

The exhibition – curated by Oscar Humphries – will include works by Mexico-based artists with whom Barragán had close ties, including Mathias Goeritz, Chucho Reyes and Eduardo Terrazas. Timothy Taylor 16x34 will transform the interior of the gallery with colorful walls that reference Barragán’s work, creating conversations in color with pieces by some of the most influential living and non-living artists of the past century. These artists will include Josef Albers, Carl Andre, Dan Flavin, Sheila Hicks, Agnes Martin and Sean Scully, and will be presented with Barragán-designed furniture. Barragán’s bold use of color, his masterful manipulation of natural and artificial light, and his command of form which he applied to local and international architectural practice placed him at the very forefront of 20th century architecture. It has been Barragán’s amalgamation of expansive references, together with his virtuosity and sensitivity as a creator of spaces, that transports the occupant beyond architecture into the realm of art.