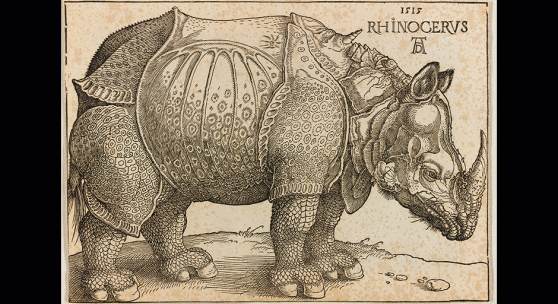 NEW YORK, 16 December 2016 – Sotheby’s and Paul Kasmin Gallery are pleased to present the collaborative exhibition Naturalia. The show will be comprised of various works from the 16th, 17th and 18th centuries paired with contemporary artists whose work is fundamentally concerned with the examination of natural science and its myriad presentations in art. The show will open on 19 January running through 4 March in Paul Kasmin’s gallery spaces at 293 & 297 10th Avenue, New York, NY.

David Pollack, Specialist in Sotheby’s Master Paintings Department, commented: “Sotheby’s is thrilled to be partnering with Paul Kasmin Gallery on this unique selling exhibition. The show will explore the influence of a specific group of Old Master artists who approached their practice through the lens of natural science. Artists such as Albrecht Dürer and Otto Marseus van Schrieck will be juxtaposed with leading figures from today, including Walton Ford and Ian Davenport, all of whom utilize the natural world as a vehicle for visual expression. We are excited to explore this dialogue between past and present with the fresh perspective of Paul and the dynamic group of artists he and his team represent, and introduce a new audience to the earliest influences of contemporary art.”

VIEW HIGHLIGHTS FROM THE EXHIBITIONS ON SOTHEBYS.COM

It is hard to imagine now the sense of wonder and discovery that artists of centuries past felt when studying nature, for man was still on the edge of the world; discovering new species of plants and animals at a pace unlike almost any other in modern history. Nature was as admired as it was feared, concurrently paradisiacal and dangerous, giving it both the sense of the exotic and of dark mystery.

It is in this spirit that earthly metaphors have been borrowed, stolen and created by artists and writers over the millennia. A host of preeminent contemporary artists, including Mat Collishaw, Mark Dion, Walton Ford, Damien Hirst and Sam Taylor-Johnson, have lent or created works especially for this exhibition.

Interpreting nature or simply using nature to convey a theme or subject has been one of the most fascinating conceptual ways in which artists in recent decades have positioned their work. Damien Hirst‘s Devastation, 2008, is comprised of tens of thousands of dead flies thickly layered on a canvas. From afar the painting is black and dense but upon closer inspection it glistens delicately, evoking both the inevitability and beauty of mortality. In every seed lies the gene of its own destruction—a consistent theme in Hirst’s work over the last 20 years, as well as for many artists in the exhibition. Mat Collishaw’s The Venal Muse, Fenside, 2012, and Mark Dion’s Stork, 2016, also explore the idea of decay and beauty as inexorably bound. Sam Taylor-Johnson’s seminal video installation Still Life, 2001, demonstrates the slow deterioration of a ripe basket of fruit into eternal dust.

The sense of wonder and the sublime in nature is represented by Walton Ford’s monumental Loss of the Lisbon Rhinoceros, 2008, juxtaposed here with Albrecht Dürer’s famous depiction of the very same exotic animal, both inspired by the story of the animal’s tragic 15th century voyage to Rome. With these two critical images as launching points, we cannot but help  reflects on the consequences of human interference in our delicate world. Works by Theodora Allen, Adam Fuss, Michael Joo and Sean Landers evoke the sublime and conjure the same fantastical anthropomorphic narratives as the 17th century Dutch painter Matthias Withoos’ extraordinary Landscape with Birds and Flowers in the Underbrush of a Wood, 1660.

Themes of precise scientific observation are examined in various early gouaches presenting minutely detailed renderings of individual animals and plant species. Among these is a rare and important pair of 16th century works on vellum by Jacques Le Moyne de Morgues: A Thistle and a Caterpillar and A Linnet on a Spray of Barberry. These evoke the same exquisite preciousness as Rachel Feinstein’s’ eroticized Pocket Rose and Goldfinger, 2012.

Danny Moynihan is best known for his satirical novel of the art world Boogie-Woogie. He is also a painter and founder of Photo London and the Marrakech Biennale. His previous curated shows include Psycho (2000) an exhibition on the anatomy in art and Between a Rock and Hard Place (2016) an exhibition on the rock in art.