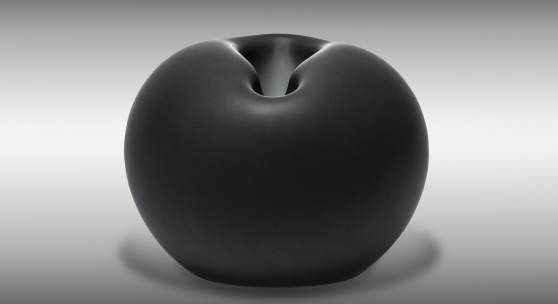 Since the end of the 17th century, when crystal glass was invented in a small country in the middle of Europe, Czech glass has been one of the world’s cultural treasures. During its centuries-long history, Czech glass, through better times and worse, has always managed to produce first-class craftsmanship combined with refined aesthetic sensibilities. Then, during the nineteen fifties and sixties, when due to their innovation and courage, Czech artists led by Stanislav Libenský, Jaroslava Brychtová, René Roubíček, Vaclav Cigler and Vladimir Kopecký, demonstrated that glass is not only a material that can be put to practical use, but is also a fully-fledged material that can be used in fine art. This opened up other horizons for this medium. The Czech glass school, four generations of creative men and women, is still alive and remains inspiring and multifaceted both in terms of creativity and the technologies used.

One of the traditional domains of Czech glass art is metallurgical technology – arduous work at a burning furnace using a blowpipe whereby the very motion of the human hand and the intensity of human breath give rise to the birth of a unique work of art. Not only does this require real mastery, first and foremost it requires humility so that the joy of mastering the craft does not just become exhibitionism without timeless creative value. Indeed, glass is living matter yearning for beauty, headstrong and unpredictable and, for the artist and his ideas, it can be just as dangerous as the mythical Sirens.

Established in 2012, Galerie Kuzebauch in Prague regularly exhibits the work of glass artists and designers who understand glass several times a year. Although it presents different artistic visions, a distinct place in the gallery is given to the work of glass master and creator Ondřej Strnadel (*1979, Valašské Meziříčí). His predominantly oval and circular rhythmic sculptures with harmonizing minimalist details are excellent examples of the craft promoted to art. They inspire emotion and stimulate the imagination without the idea surpassing the material and vice versa. This is real harmony between the soul and the material which has been brought to life by the breath of the artist himself. This is because Ondřej Strnadel is able to talk patiently to this specific matter. After all, they are friends, not competitors. And what’s more – both of them live, eat and breathe art.

VIVRE VERRE
ONDŘEJ STRNADEL (*1979)
„The most important element is the creative idea, an inspiration which helps me catch the story – that ́s what is inside the dish. And then I try to define the link between the inside and the shape. With most shapes, I think about their architecture first. The most interesting question to ask is how to combine the outer appearance and shape with the story inside the dish. The two must function inseparably. Of course, the inside may be an item, which deforms the shape of the dish thus evoking its story. To me, however, the story is based on an inspiration and how it is set within the shape. I will not design an ordinary dish which I don ́t expect any story from. I will just buy it.“